Rakesh Verma while speaking on the occasion said that there are nearly 74 million Internet users in the India which is third largest in the world after US and China, 1.3 million schools, 800 universities, 38,000 colleges, 10,000 Industrial Training Institutes, 227 million students enrolled and more than 36,000 higher education institutes. India has become the second largest market for e-learning after the US. The sector is currently pegged at US$ 2-3 billion, and is expected to touch US$ 40 billion by this year 2017. But still in many education institutions, academics records are being maintained offline. Verma further added that in this high time of education, the records of admission, academics, placements, degrees and other activities should be maintained online.

Verma further said that institutions practicing Enterprise Resource Planning (ERP) systems should check the credentials, quality, implementation etc before the usage and incorporation into their systems.

Kulbir Singh while sharing his views said that there are nearly 265 colleges under the jurisdiction of Punjabi University, Patiala for which the university is trying to update the curriculum of each student online to maintain the transparency. On the same pattern, Dhillon further urged from University Grant Commission (UGC) to make the record of degrees issued by the educational institutes online so as to control the fake degrees scam in the Country.

Sandeep Soni while laying stress on the role of technology in higher education system said that students, parents, education providers both at college and university level should make technology as the integral part of curriculum, academics and researches. From the lead generation till the convocation and alumni, technology should be involved everywhere for the smooth running of the process.

Dr. Anshu Kataria while speaking on the occasion said that the role of any association is not only to submit the memorandums to various officials but also to feel their own responsibility in improving the education system of the country. The session would look forward in solving various academics problems faced by the colleges.

Punjab government decides not to take exams of its students and... 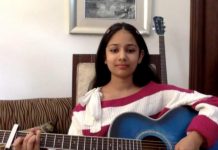 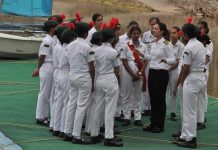 ‘Day of the Seafarer’ celebrated, importance of increasing number of women... 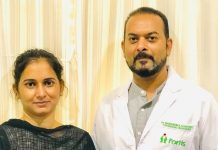 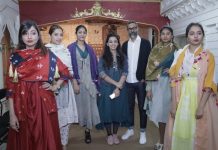