We see 100 patients in a month suffering from respiratory diseases and 30 to 40 percent patients are suffering from Chronic Obstructive Pulmonary Disease (COPD). These patients are mostly from smoking states Haryana and Himachal Pradesh and there are some people come from the interiors of Punjab.

Giving the information, Dr. A.K. Mandal, Director, Respiratory Medicine & Critical Care, Fortis Hospital Mohali said, “With changing environmental situation, respiratory diseases are already in the rise. Smoking only potentiates the problem whether it is tobacco in any form or its tobacco. Smoking a cigarette or chewing tobacco is equally harmful and expose you to the risk of cancer, or respiratory problems.”

He said even environmental pollution is responsible for such diseases and aggravate in places like NCR, which is already among the top ten polluted cities of the world. There doctors are witnessing increase in cases of respiratory problem as well lung cancer and even people who have never smoked are becoming victims to these diseases, but when you spoke it multiplies the chances of developing respiratory diseases.

Dr. Mandal said it was noteworthy that some cities including Chandigarh had banned smoking officially and even in organisations there is a complete ban on smoking.

When we see more and more people are falling ill and having medical problems at an early age, we always counsel them they can lead a healthy life by avoiding picking up bad habits like alcohol and smoking.

It’s just not the tobacco it’s also the fact that people still are using domestic fuel, especially the elderly ladies in rural areas, and while working in kitchen they inhale the smoke which become a cause of lung disorders. This is generally seen in those beyond the age of 60 to 65 years old.

On trend of lesser number of youngsters into smoking, Dr. Mandal said there had been a shift in the trend but not altogether. “When you smoking at your peak health ill-effects of smoking are not seen early. It grows with the age beyond 55 and 60 years and by then damage to lungs has already been done.

Dr. Mandal also said that e-cigarettes trend is there abroad but are not considered safe and can cause medical problems. Referring to smoking trend among working women, he said, there are usually not heavy smokers but casual ‘social’ smokers, but each cigarette you smoke causes damage. He also referred to passive smoking which can cause allergies to trigger and even exposure to respiratory disorders if the exposure is high.

Launch of A62 marks the entry of itel in the dual... 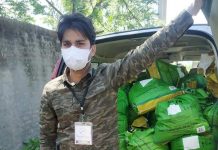 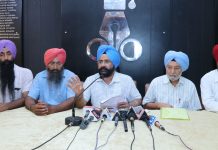 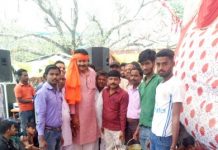 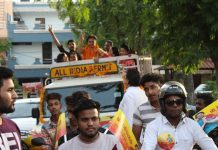