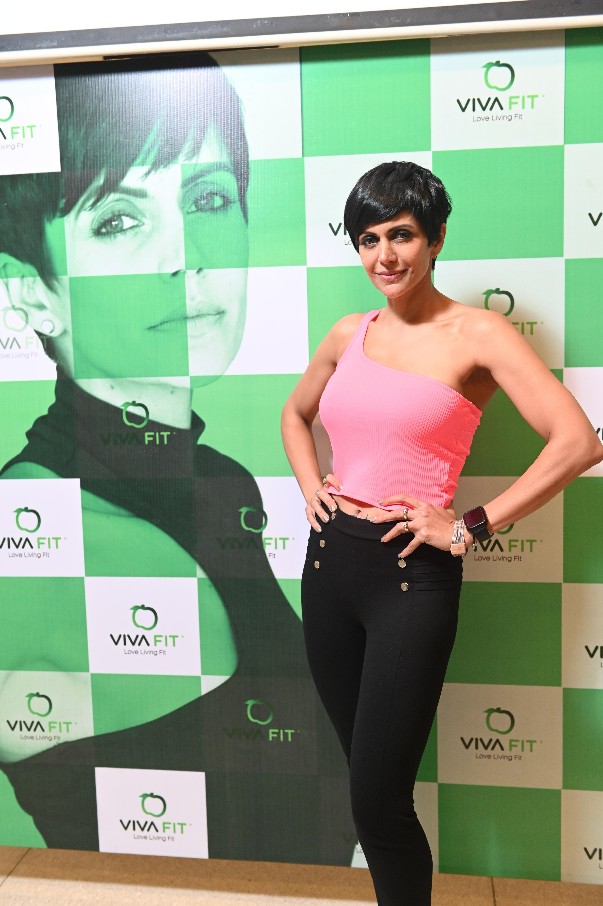 Vivafit India has signed on Bollywood and television star Mandira Bedi as a brand ambassador.

Vivafit is a Portuguese based global chain of boutique gyms for women only. They have been in India since 2010 through a Master Franchise. Mandira is a health and fitness icon and a role model for every woman. She is an ageless star, became a household name in the 1980s, when she starred in the hugely popular television series Shanti. Since then she has had a successful career as an actress and television host including for the IPL. She follows a strict fitness routine and maintains a healthy lifestyle herself, which helps her to stay younger and fitter.

At the same time, Vivafit India is on a rapid expansion mode starting with a strong focus on North India and gradually extending the footprint nationally. The business has been given a boost with a significant investment by Ajay Jain, who invests in early to growth stage brands making a mark in consumer service sectors. There are currently three centres in Delhi NCR and a fourth one due to open early June 2019 in Gurgaon. Vivafit India plans to increase its footprint and aims to have 50 fitness centres in North India itself by the end of 2020.

Manisha Ahlawat, CEO, Vivafit India, said,“Mandira is a wife, mother, actor, model, TV presenter and entrepreneur. She has proven that women can stay healthy and fit while taking on multiple responsibilities and roles. She is the perfect fitness icon for women over 40 in India and abroad. We are delighted that Mandira is representing our brand Vivafit – Women only Fitness Boutique chain.”

Ajay Jain, Entrepreneur and Investor, said, “The wellness industry is a multibillion dollar industry in India, with fitness being a major chunk of the business. Fitness industry is poised for massive growth plus organization. Vivafit fills the current void of quality fitness services for women in India. By investing in Vivafit I am putting my money on the fitness revolution that will take Indian women’s services market by a storm.”

Pedro Ruiz, Founder, Vivafit, said, “Mandira is not just one more famous Bollywood celebrity, when it comes to fitness, she “walks the talk” she is Vivafit in India. We are working closely with our partners in India as we believe India could be the most important market for Vivafit in the world given the market potential here.”

Mandira Bedi, said, “I firmly believe that out of 24 hours, we can easily take out 30 minutes for exercise. Exercise can empower women beyond weight loss and shape. I want to inspire women to take up fitness for a healthier and happier life. Vivafit is a women-only niche brand and their workouts are only 30 minutes, perfect for busy women!”

The Ideal Length of Everything Online, Backed by Research