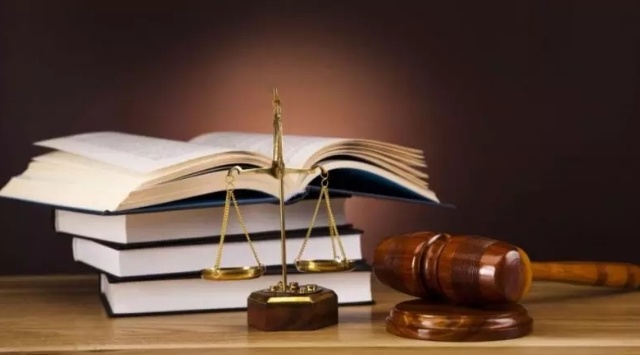 Following the dictum laid down by the Supreme Court and the National Consumer Commission, the Chandigarh District Forum has come down heavily upon Tuition/Coaching centres such as FIITJEE, for luring students with dreams of achieving success and granting them admission to their courses on their own arbitrary terms and conditions, designed to rob parents of their hard-earned money. A Chandigarh coaching centre has been directed to refund the entire fees amount of over Rs. One lakh alongwith interest and compensation.This order will come as a big relief to parents and students who feel helpless and tied down to the Tuition Centres, having once taken admission there and paid lakhs of rupees and later discover that their ward is not getting his due attention. 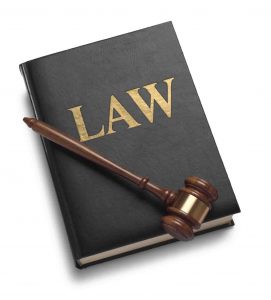 The case of the complainant, in brief is that, his daughter took admission in FIITJEE Coaching Centre/OP under Pennacle-Two year Integrated School Progam for JEE (Advanced) 2020, for preparation of entrance examination of IIT Engineering.  It is averred that the complainant was also asked to get enrolled with Shri Guru Gobind Singh College, Sector 26, Chandigarh for 11th Class.  It is stated that the OPs NO.1 & 2 informed the complainants that the child would be required to reach the School by 8.00 AM and from 8.00 AM to 9.45 AM the school would provide the teaching in subjects other than Maths, Physics and Chemistry and thereafter, the experienced staff of OPs would reach the school by 9.45 AM and would provide the coaching of other subject i.e. Maths, Physics and Chemistry.  It is also stated that the Opposite Parties informed the complainants that in case any student had not understood the lecture given on the date, the student would be given ample opportunity/time on the next day and specially on Saturday to come up with their problems with teachers and thereafter their experienced staff.

3]       Complainant also filed rejoinder thereby reiterating the submissions made in the complaint.

4]       Parties led evidence in support of their contentions.

5]       We have heard the ld.Counsel for the parties and have also perused the record.

6]       The FIIT JEE coaching centre/OPs No.1 & 2 has innovated a novel way of extracting money from the innocent little children, who aspire for best education to achieve success in entrance examinations for admission to IIT/NIT Premier Institutions of Engineering. The FIIT JEE coaching centre has in connivance with Shri Guru Gobind College, Sector 26, Chandigarh/OP No.5, has exploited the complainant No.2 by compelling her to get admission against her wish in Shri Guru Gobind College, Sector 26, Chandigarh/OP No.5 and to take coaching from FIIT JEE faculty.  This whole instance and circumstances, as comes forth in the present complaint, is totally unethical and against the set traditional object of imparting education as a noble and charitable cause.

7]       The terms & conditions/declaration in the enrolment Form (Ann.O3 Page 22 to 32), which includes enrolment contract by complainants are totally unacceptable in the given facts & circumstances.  No doubt, every parent desires to see his/her pupil to have best education in her/his life and succeed in the competitions as prevalent in the present society.  The parents by mis-representation and mis-guided assurances given by FIIT JEE like coaching centres, sign the agreement whatsoever is drafted and prepared by such coaching centres without going into the intricacy, underlined provisions as contained therein.  In the said agreement, the OP Coaching Centre has no where has guaranteed or assure admission in IIT/NIT.  The FIIT JEE group has prepared such like agreement, which   favour their interest only, giving little scope to the parents or a child to get out of that web, by way of signing such agreement.  There may be circumstances where the children after attending few days classes failed to cope-up with the pattern of education imparted therein in the Coaching Centre.  The intelligence and caliber of every child definitely varies from child to child.  A more sensitive child may find it hard to carry on with such high burdened curriculum, as provided in the Coaching Centres.

9]       Recently a number of suicide casualties by the children, who are undergoing such like Coaching Classes in various Coaching Centres in the country has come up in the newspapers, which reflect a sorry state of affairs about the way of teaching in the Coaching Centres.

11]      It is ridiculous to state on the part of the OP Coaching Centre that they did not allow any student to admit during the current ongoing programme of coaching.  The child, who is well prepared and very intelligent, may like to have a few classes to learn some good technique from tuitions, to upgrade his skill in a particular subject or to solve his suspicions/doubts in a particular chapter or subject.  NO child can be confined to Two years Coaching Classes against his/her wish, which does not guarantee or assure success in getting admission in IIT/NIT.

There is no bar in allowing students in midterms.  The lame excuse projected by FIIT JEE regarding non-filling of seat is frivolous and cannot accepted to justify for forfeiture of amount of the student.

12]      The OPs have projected themselves to be best in teaching for preparation to IIT Institutes.  It is a fallacy.  The students without having any special coaching at FIIT JEE and just after getting education in a Government/Public Schools more often got laurels in their field by achieving top positions in the competitive examinations for admission to institutions of higher learning as well as for jobs in Civil Services, Military, Engineering, Medical etc.  The FIIT JEE or alike coaching centres are not only the ultimate way of achieving success.  This is nothing but is only because of their high end luxurious advertisements in the media/newspapers.

13]      It will be unfair, if the Opposite Parties be permitted to grab the hard earned money of complainant, who has attended the classes only for 17 days.  The OP Coaching Centre have adopted dubious means for collecting huge amount to get themselves enrich, which is highly condemnable.

14]      The Hon’ble National Consumer Disputes Redressal Commission, New Delhi in Fiit Jee Ltd. Vs. Dr.Minathi Rath, 2012(1) CPJ 194 while considering the revision petition on identical facts, as involved in the present complaint, has categorically held that Fiit JEE Ltd. could not charge full advance fee for Two years and held the complainant entitled for receipt of refund of fee taken in advance from him by FIIT JEE.  It is further held by the Hon’ble National Commission that such cases are consumer disputes within the meaning under the Consumer Protection Act.  The Hon’ble National Commission in Sehgal School of Competition Vs. Dalbir Singh, 2009 III CPJ (NC) and also in Jai Preet Singh Kaushal Vs. FIIT JEE Ltd., decided on 14.11.2017 – 2018(I) CON LT 536 relying upon the judgment of Hon’ble Supreme Court in Islamic Academy of Education Vs. State of Karnataka, has held the charging of fee full in advance for two years course as illegal.

15]      The Opposite Party was aware of the law laid down by the Hon’ble Supreme Court as well Hon’ble National Commission, however, it has blatantly violated the dictum of the Hon’ble Apex Court and charged Fee for Two Years in advance from the complainant.  The Opposite Parties No.1 & 2 is not an accredited academic institution affiliated with any Board or University and is merely a Coaching Centre for providing Coaching to the students who aspire for admission to engineering/technical institutions.

16]      In view of the law laid down by the Hon’ble Apex Court as well as Hon’ble National Commission, referred above, the complainant is entitled to get refund of fee paid to OPs. The Opposite Parties No.1 & 2 by charging Fee for Two Years in advance from the complainant for coaching to his son, has indulged into unfair trade practice.  The refusal by the OPs No.1 to 4 to refund the amount to the complainant, amounts to deficiency in service on their part.

18]     Keeping into consideration the facts & circumstances of the case and the settled law, as discussed in the preceding paragraphs, the complaint is allowed against OPs No.1 to 4.

This order shall be complied with by the Opposite Parties No.1 to 4 within a period of 30 days from the date of receipt of copy of this order, failing which they shall be liable to pay an additional compensatory cost of Rs.15,000/-, apart from the above relief.