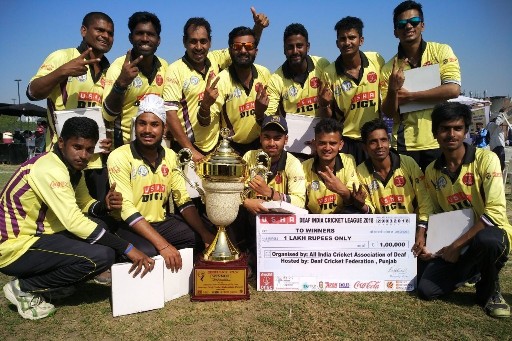 Usha International, one of India’s leading consumer durables company continues its association with All India Cricket Association for the Deaf (AICAD) and Deaf Cricket Federation, Punjab for the second edition of Usha Deaf Indian Cricket League 2018.

USHA Deaf Indian Cricket League was a three-day tournament slated between March 27 & 29, 2018and the final took place at Lovely Professional University, Phagwara. A total of eight teams and players from 23states and 2 countries (Nepal & Bangladesh),participated in the tournament.

Speaking about the event, Ms Komal Mehra, Events Head, Usha Internationalsaid, “Usha International is proud to be associated with such a wonderful endeavour in its second season. We at Usha care for people and are committed to promote sports and an active lifestyle, across all demographics and help to provide a platform not only to the youth but also for the differently abled sports enthusiasts. It is inspirational to see their skill and enthusiasm against all odds, competing in a national level tournament. With more than 144 hearing and speech impaired cricketers from India and abroad participating this year, we are honoured to be part of such an endeavour.”

The names of the teamsthat participated in the Usha Deaf Indian Cricket League 2018 wereSatluj XI,Ravi XI, Chenab XI, Beas XI, Jhelum XI, AICAD XI, Silent Heroes XI and Deaf Lions XI. Many of these players have also represented India as a part of the Indian Deaf cricket team in the 2nd Deaf Cricket World Cup and many Asia Cups which were played in T-20 and one day formats in the past.

‘T20 Cricket has not just matured over time but has become...