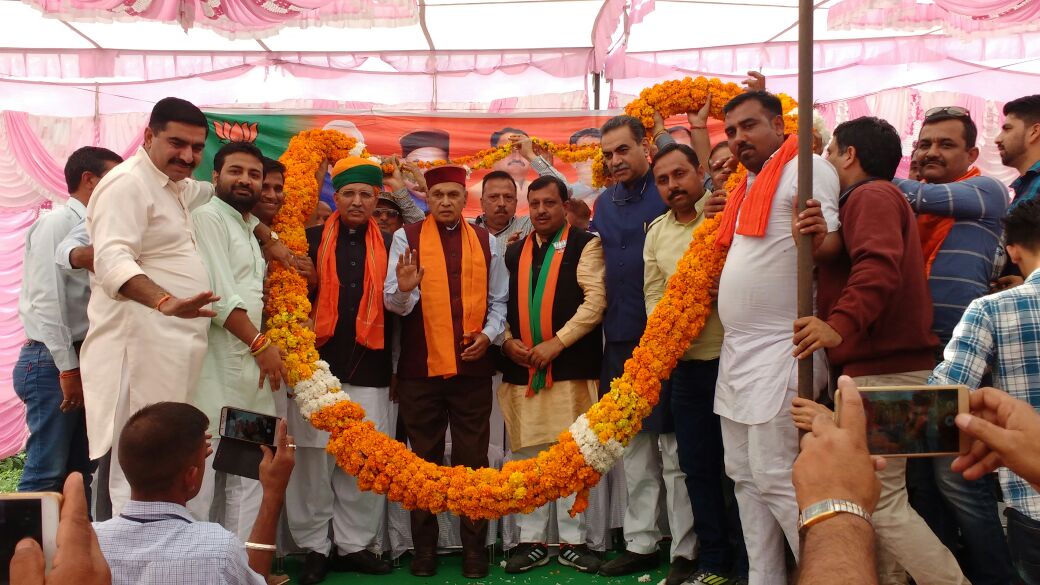 Keeping in the mind the forthcoming Himachal assembly Elections, the state President of Bharatiya Janata Party (BJP), Sanjay Tandon, who is in-charge of five assembly seats in Una district, took stock of the preparations for Prime Minister, Narendra Modi’s rally to be held on November 5 in Una. Tandon reached the venue of the rally, the Indira Stadium ground and he reviewed the preparations. During this, former MP Suresh Chandel, Una’s district President, Balbir Bagga and Jeevan Garg were also present.

Apart from this, he also held a meeting with the party workers of the Gagrett Assembly constituency and discussed preparations and strategies in the wake of the elections. Mandal President, Ram Murti and Media Convener, Ravinder Pathania, also attended the meeting. Along with this, Tandon assigned different duties to the workers for the upcoming rally of the Prime Minister. Sanjay Tandon also participated in the massive rally organized in support of BJP candidate Suresh Chandel from Haroli constituency constituency. This rally was attended by Uttar Pradesh Chief Minister Yogi Adityanath, MP Anurag Thakur and former MP Suresh Chandel.

BJP has the tradition of staking claim on projects initiated by...