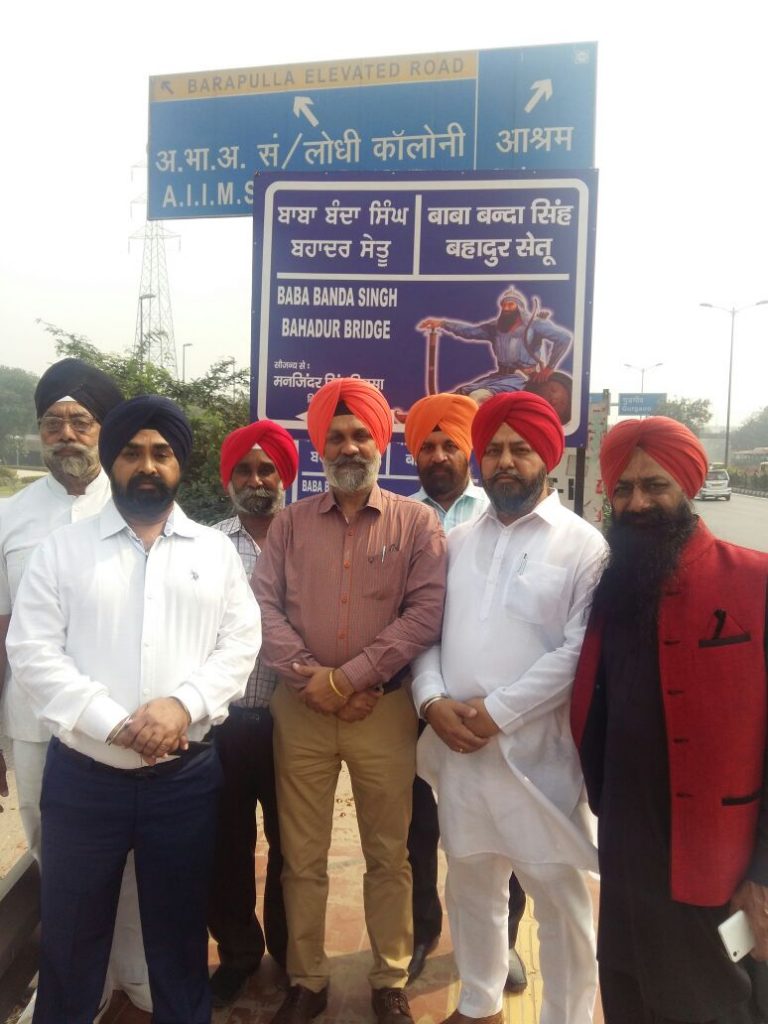 The Shiromani Akali Dal leader and Delhi Sikh Gurdwara Management Committee (DSGMC) member S. Jagdeep Singh Kahlon has strongly dismissed the allegations leveled by AAP MLA Mr. Jarnail Singh on naming of Baba Banda Singh Bahadur Bridge in Delhi and said that like his leader Mr Arvind Kejriwal he is also using false pretext to save skin of his leader.

Addressing newsmen at the site of the Barapulla bridge which has been renamed as Baba Banda Singh Bahadur Bridge by Delhi MLA and DSGMC General Secretary S. Manjinder Singh Sirsa, S. Jagdeep Singh Kahlon said that Jarnail Singh cannot see the board of Barapulla which is still visible on the spot. He said that he is playing dirty politics over the issue only to save image of his leader Mr. Arvind Kejriwal who is a blatant liar and who tried to mislead the people of Delhi on renaming this bridge after the legend Baba Banda Singh Bahadur.