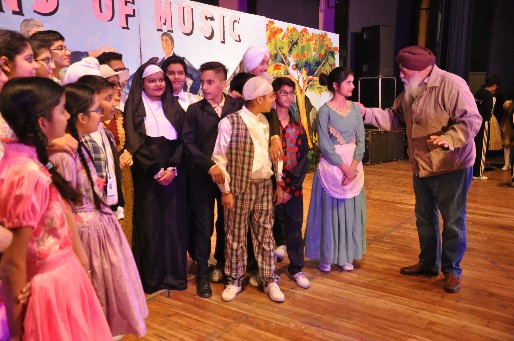 There is good news for theatre enthusiasts of tricity. As many as 300 young actors from Dikshant International School, Zirakpur, are training hard under the tutelage of Gursharan Singh a Sitar maestro & a disciple of Padmabhushan Ustad Halim Jaffer Khan and who has been Director-Music and Theatre Department, of India’s famous Doon School, Dehradun, to stage the iconic musical ‘The Sound of Music’. As part of the School’s 16th Founder’s day celebrations, Gursharan Singh has been preparing & polishing the skills of the talented student actors to enable them to give an awe-inspiring & memorable performance of ‘The Sound of Music’ — a tuneful, heart-warming story set in Austria in 1938, which is based on the real life story of the Von Trapp Family singers, one of the world’s best-known concert groups in the era immediately preceding World War II. The musical will be staged at 5:30 pm at the Indradhanush Auditorium, Sec 5 , Panchkuka on 25th November.

“The nearly 1.5 hours play is a perfect combination of a powerful and moving story & am confident that the children will put up an engaging performance. Live music, dances & theatrical performances will brilliantly showcase their talents. Working with young theatre artistes is really enriching. One gets to learn a lot from these enthusiastic students who want to make a mark in front of an audience.” Said Gursharan Singh,  who is a well known music and theatre resource person, and has performed on the concert stage in the UK, Europe, Australia and the Middle East

According to Mitul Dikshit, Chairman, Dikshant International School, “We are privileged to have Mr Gursharan Singh train the students. The children have been training hard for almost a  month now, & the production is shaping up well & Gursharan Ji’s well coordinated direction and an outstanding live rendition by the cast, am sure  will keep the audience glued to their seats.”

Gursharan Singh has an enviable background. Apart from having scored music for television and radio, he has produced choir and orchestra ensemble’s for some of India’s best schools — Doon School( Dehradun), Mayo College Girls , Mayoor School (Ajmer), Dikshant International School & many more.

The young budding theatre artistes are upbeat about staging the musical adaptation of ‘The Sound of Music’. The musical which is based on the Van Trapp  family singers, tells the story of Maria, who takes a job as a governess in Captain Von Trapp’s family &  falls in love with the children and their widowed father.In 1935, Father Wasner enters their lives and brings sophistication to their family hobby – music. Post Hitler’s invasion of Austria the family flees to the United Stateswith their children. The family arrives in New York where their singing turns into a profession and they became known as ‘The Trapp Family Singers’ 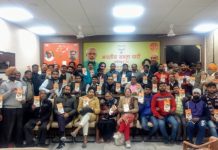 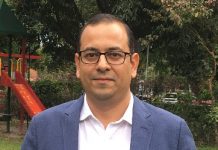 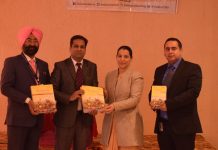