Keeping in view of Holi festival celebrations, Chandigarh Police made special arrangements to avoid any untoward incidents and to maintain Law & Order in the city. About 1231 police personnel from police stations/units, IRB, Traffic & PCR were deployed for law & order duties including 6 DSPs and 24 Inspectors. Special Nakas were laid by all Police Stations and Police Posts in connection with Holi Festival. Total 5391 vehicles were checked in which 396vehicles were issued challan and 85 vehicles were impounded.

Besides above, 20 Special Anti Drunken Driving Nakas were placed at various locations in city by the traffic staff. Total 346 Challan were issued by traffic staff for various traffic violations including 256 miscellaneous challan and113 vehicles were impounded. 90 motorists were prosecuted for drunken driving under these nakas.

Sanjay Tandon presents his book ‘Sunrays for Tuesday’ to PM 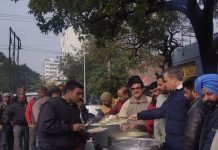 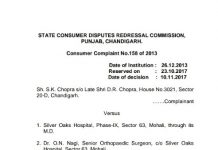 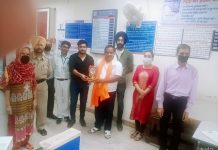 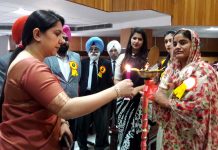 Special drive against drunken driving in the city