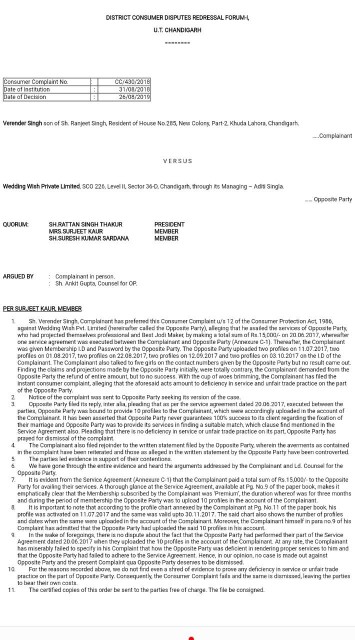 Chandigarh
15 September 2019
DIVYA AZAD
The District Consumer Disputes Redressal Forum, UT, Chandigarh, has decided a case pertaining to a dispute between a party & a marriage bureau, related to the party seeking a matrimonial alliance through the bureau. The forum has recently ruled in favour of the marriage bureau.
The case is connected to Virender Singh, a resident of Chandigarh, who engaged a marriage bureau – Wedding Wish Private Limited, located at Sector 36, Chandigarh, to find a suitable matrimonial match. A contract was signed between the two parties and a payment was paid to the marriage bureau.
In fulfilling the terms of contract, the profiles of prospective girl matches were forwarded to Virender by Wedding Wish. However, the matches could not fructify into a marriage.
Since a marriage could not fructify, Virender wanted the fee he had paid to the marriage bureau back. However, the marriage bureau’s stand was that the prospective profiles of young ladies had been given to Virender and hence they had completed their liability totally as per contract.
In this light Virender approached the District Consumer Disputes Redressal Forum, UT Chandigarh, with his complaint of deficiency in service. The forum after listening to both sides has decided recently in favour of Wedding Wish.
This ruling lays to rest the argument that it is mandatory for Wedding Wish to ensure that a match making process will be considered as concluded, only when a marriage is fructified. With this ruling it is clear that the service is completed when the bureau gives the profiles of prospective girls/boys as desired by client. 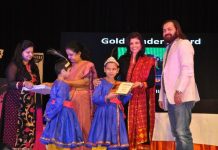 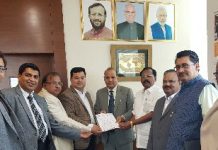 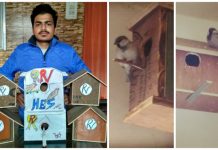 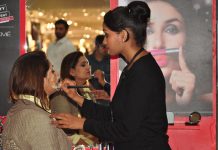