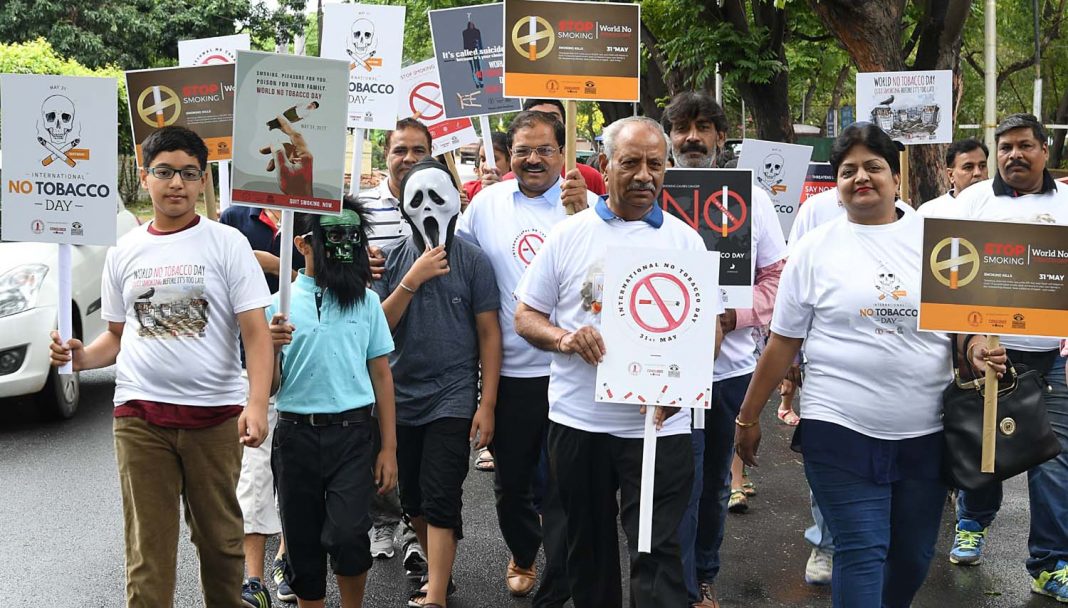 On the occasion of the World No Tobacco Day, Citizens Awareness Group in collaboration with Chandigarh Press Club took out a walk to make people aware about the ill effects of the substance use. The walkathon kick started from Press Club sector-27 crossing various main points of the city culminated at the club.  People carried placards that highlighted the bad effects of tobacco and exhorted people to build a tobacco free society. They also stopped at MRA Senior Secondary Model School and met the Principal Mrs Saroj Savant to spread the message among young students.

Later in the day, an awareness programme was held where experts shared their views.  As per Chairman of the Citizens awareness group Surinder Verma, “Tobacco and its ill-effects need to be highlighted in society. It is curse that the society needs to do away with. If we need a healthy generation, we need to do away with this menace. We have taken pledge from people to say no to Tobacco to build healthy future”, he said.

Jaswant Rana, President of Chandigarh Press Club, also spoke on the occasion. Jaswant believes that nothing harms society more than tobacco that takes youth back to dark arenas. “Youth should know that this is a thing that will not let them be healthy in a way effect their health and their family life in the long run”, he added. A film screening on the same topic was held for the people.

World No Tobacco Day is being observed from last 23 years and it has brought lot of changes in the mindsets. Our organization has been holding various awareness programmes in school and colleges so that youngsters don’t develop this habit at the young age”. 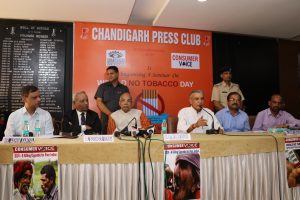 Senior Congress leader and former union minister for Railways, Pawan Kumar Bansal said that tobacco consumption is roadblock to economic growth. Governor of Haryana, Prof Kaptan Singh Singh Solanki was the chief guest at the event. While speaking on this significant day, Prof Kaptan Singh Solanki said, “We have to No to Tobacco completely to fulfill the dream of a healthy society. I feel that the problem will not be curbed by laying only stringent laws but a widespread public opinion should be created. It can help strengthening will power which can go a long way to stop the menace”.