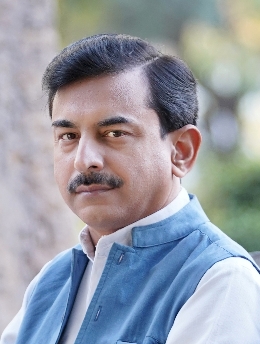 In a press statement issued here he stated that Punjab government has failed at every front, but today we will talk about the most important thing – health services. He also demanded Medical Audit under the supervision of High Court Judge and white paper on utilization of Covid 19 funds in the state.

Punjab Government’s Health Minster Balbir Sidhu’s tall claims of Corona Treatment in Punjab stands exposed with two statements, first of Padam Sri Hazoori Ragi Bhai Nirmal Singh Khalsa saying ‘I am not being given proper treatment, medicines’ at Guru Nanak Dev Hospital, Amritsar and second in the shape of written complaint to Commissioner of Police Ludhiana by ASI describing his stay at two government hospitals — the Government Mother Child Hospital (MCH) and Ludhiana Civil Hospital — as a “torturous” experience, are enough to expose the claims of Proper Corona Treatment by Punjab government.

Joshi emphasized that the most important is ventilator laced ICU, which are not available at district level hospitals, what can one expect at the Tehsil hospitals. A handful of hospitals that have ventilators do not have experts to operate them.

While PPE kits are costly affair, government has not even provided them basic safety gears like masks, gloves and sanitizers, added Joshi

Doctors at Government medical colleges Patiala, Amritsar and Faridkot as well as civil hospital Jalandhar, Bathinda and Patiala have been publicly raising issue of non-availability of uniform, sanitizers etc. The same is for homoeopathic and ayurvedic doctors deputed at Govt Facilities.

At Jalandhar Civil Hospital the nurses and other staff members even worked wearing polythene bags. At Amritsar doctors refused to wear PPE kits and N95 mask terming it substandard. At Ludhiana civil hospital doctors complained of substandard PPE kits and some even for unconscious after wearing it.

Around 20000 Asha workers who are conducting house to house Corona screening have not been given masks, gloves, sanitizers.

The isolation wards in big city civil hospitals of Ludhiana, Patiala, Amritsar and Bathinda are in pathetic state.

Either doctors do not come or they come just once a day, there are no medicines available, patients cry due to pain but no one listens, there is no cleanliness, toilets are dirty and there is no provision for soap or sanitizers. Even food is not available on time and at certain places it’s available only once a day and that too stale food. At some places fans do not word, cots ate broken, bed sheets have not been changed and videos of these anomalies too have gone viral. Imagine if the big cities’ hospitals are in such state what would be situation in the smaller cities.

The Nanded Sahib returned pilgrims at Amritsar have complained of dirty toilets and rooms in four quarantine centers. Quarantine centers at Patiala were devoid of soap, water, eatables and other facilities. At Machhiwara quarantine center in evening bathrooms were locked and for the whole night no one can go to bathroom.

The worst hit have been those who are already suffering from cancer, AIDS, heart, blood pressure, sugar, bone problems etc as government has miserably failed in giving them treatment in past 90 days. OPD in government and private hospitals is nonoperational. Government OPD has still begun but amongst 7500 private hospitals in state 85 percent have kept their OPD closed. Despite orders of Chief Minister the OPD was not made operational and the already ill patients bore its brunt.

‘Lalkaar’ Concert Is A Call To The Youth To Fight Gender... 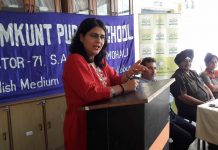 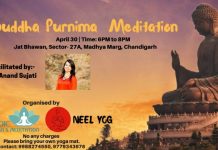 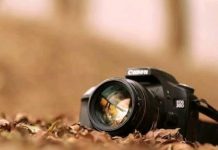 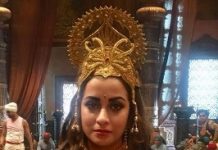