A team of Psychiatrists from Punjab met the ACS (Health) Sh. Satish Chandra to convey their objections to the Draft State Rules made under the Mental Health care Act (MHCA) 2017. A meeting had been called by the Health department to discuss the Rules and invite suggestions.

The major contentions of the various delegates were related to some of the provisions in the Rules. Dr B K Waraich, Vice President of the Association of Psychiatrists pointed out the various flaws in the draft rules like there was no provision for provisional registration in the Rules while the MHCA said so explicitly till the Rules were notified. Also, there was no provision for renewal of provisional registration. The draft rules had mentioned that even permanent registration has to be renewed while the MHCA does not say so.

Various members of the Psychiatrist communityquestioned the wisdom of separating the Psychiatric nursing homes from De-addiction centres when the psychiatrists themselves treat both and addiction treatment is part of psychiatry practice. There were some issues related to the stringent specifications laid down in the minimum standards that would have made it virtually impossible to start a new establishment and would have resulted in the closure of existing ones.

A significant point was the No Objection Certificate (NOC) from the local body. The existing bye laws and the issues related to them would have led to closure of virtually all health establishments, not only of psychiatry. One major problem was that the draft rules had said that the government will make Standard Operating Procedures (SOP’s) for treatment.

It was brought to their notice that only professional bodies make treatment guidelines and SOPs based on latest research, clinical evidence and established practices. The government does not enter into this realm of professional expertise. It would impinge on the clinical autonomy of the treating doctor.

The other major issue was the recent instructions given by the Drug Controller General of India that Buprenorphine and the FDC of Buprenorphine and Naloxone in all strengths can be supplied to the Psychiatric clinics and hospitals in addition to the de-addiction centres. The government agreed to issue a letter to all the health officials and the psychiatrists in line with the instructions so that such patients can get a much better access to medicines for treatment of their addiction.

They also agreed that there will not be any unnecessary regulatory hurdles in allowing Psychiatrists to use the approved medicines for treatment of addiction disorders as the whole purpose behind this is to make the treatment readily and locally available to the patient. It was also decided that the clinics cannot come under the purview of the State Mental Health Authority since OPD’s are out of the ambit of the MHCA.

The Association president, Dr. Rupinder Kapur and its various members thanked the ACS Health and various other officials for their patient and open hearing of the grievances of the psychiatrists and for accepting most of the suggestions.  They believe that access to mental health must be widely available and is an important part of Right to Health. The association members said that they wanted to partner the government in its various initiatives such as alcohol and drug addiction and reducing barriers for treatment would help the patients, families and the society. 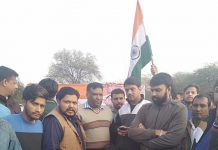 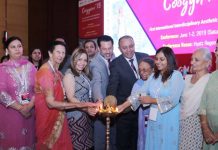 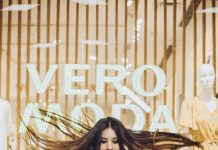 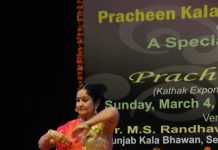