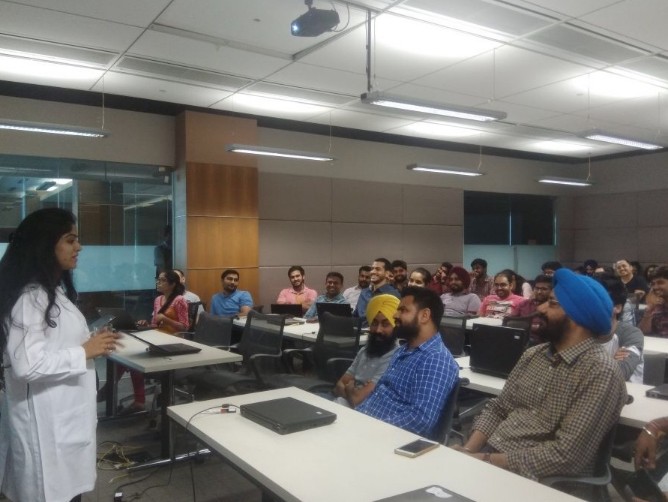 Several Body Mass Index (BMI) check-up camps at IT park Chandigarh in different IT firms have brought out that obesity and diabetes is on the rise among IT Professionals.

During the camps conducted under of Aashima, Dietician, Paras Bliss Hospital, for BMI camps it was found that the most prevalent disease found doing BMI are obesity and diabetes.

The IT professionals of about 500 were examined in Chandigarh, Mohali and Panchkula area of age group 29-40 which showed most of them were obese and have diabetes and some were pre diabetic. Men were more prone to increase their visceral fat which brought high blood pressure, increase in cholesterol level, LDL,HDL.

During her talk with IT professionals she advised, “Even if you are visiting gyms and regularly playing outdoor games consumption of protein shakes for building up the muscles lead to either increase of their cholesterol level or protein and uric acid.”

She said, for all those working for long hours on their desks, consumption of tea and coffee is high along with unhealthy snacks like patties, samosas etc. which trigger lifestyle diseases. Dietician Ashima during her talks also stressed on wrong sitting postures, stress and gaps between different meals,which was leading to a lot of health problems among the IT Professionals. She talked about the natural source of protein and their benefits and the pre wo0rkout and post workout foods to be taken. During the talk she observed that maximum people skipped their morning breakfast and so many easy options were given of having milk with wheat – like cornflakes muesli or Dalia.

Thus will all these findings the talk was summarised with lots of recipes and interesting life style changes to be made for the IT professionals. 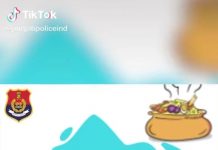 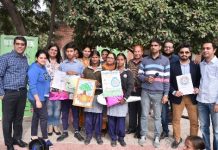 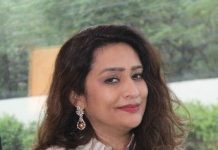 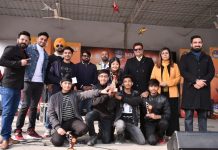