Home National Harkiran Kaur Wraich: The girl who made it to the Top ... 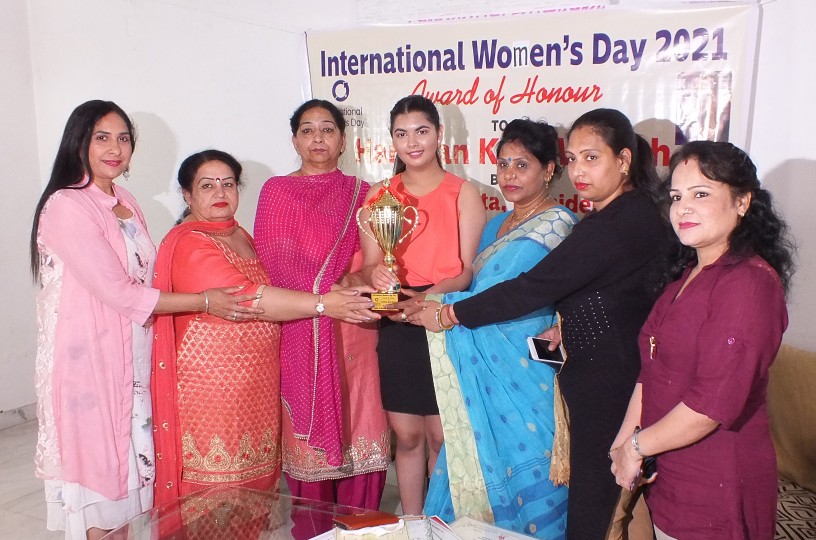 The youngest female film distributor of North India Harkiran Kaur Wraich was honored by the Chandigarh-based organization Voice of Women on occasion of International Women’s Day. President of Voice of Women Ruby Gupta and her team honored Harkiran with a trophy for her achievements and being an inspiration to other girls.  Harkiran Kaur Wraich is only 21 years old and is the only woman in the film distribution sector in North India who has made a distinct identity of her own.

Harkiran was awarded at the age of only 10 by the President of India Pratibha Patil in 2010. Harkiran received the President’s award for the science project and social media campaign on feticide. Along with this, she has also received the National Award for 2 short films ‘Rooh Da Dard’ and ‘First You’ in Mumbai. Harkiran had started achieving achievements since childhood, but she was not limited only to that. She is also doing social work using her platform. She also provides medical and food facilities for street dogs.

*Gold medal by College CGC  Landran for Speech on Business in 2019
*2010 National Award in Mumbai for ‘Rooh Da Dard’, a short film on feticide.
*National Award for the short film ‘You First’ in 2010
*President’s Award for Science Project and Social Media Campaign on Feticide in 2010 by President of India Pratibha Patil