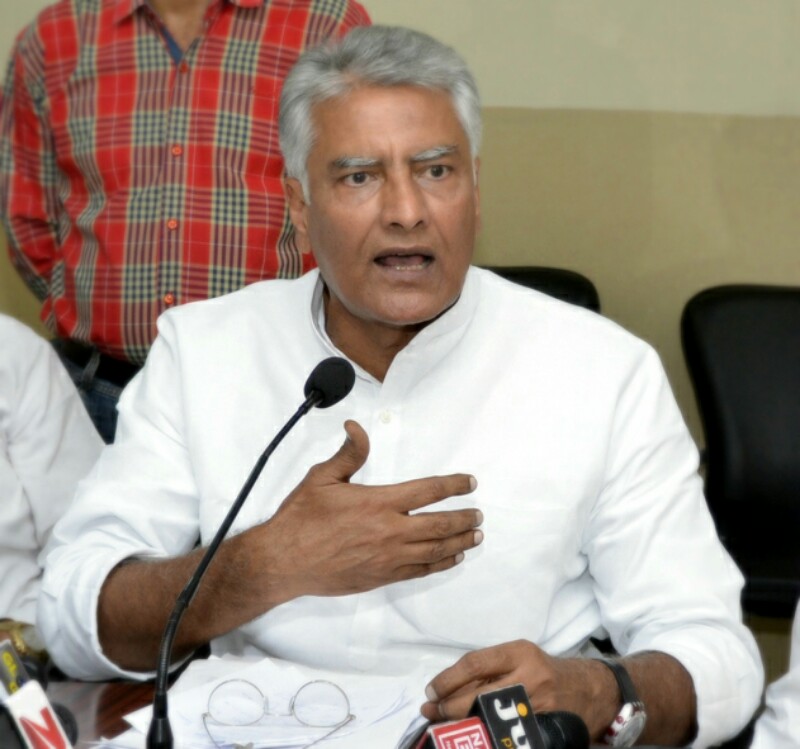 The President of Punjab Pradesh Congress Committee Mr. Sunil Kumar Jakhar today said that demand of Aam Aadmi Party (AAP) to convene a special session of state assembly on issue of farmers was nothing more than a political gimmick to hog media limelight.

In a statement issued here today, the PPCC President said that in the last session of state assembly a committee has already been formed to ascertain the causes of farmers’ suicide and suggest its remedial measures. He said that besides all other parties the AAP legislator were also a part of this panel. Therefore, Mr. Jakhar said that the demand of special session was totally unwarranted and undesirable.

The PPCC President said that the committee has been mandated to look into the problems faced by farmers of the state with a thrust on farmers suicides. He said that on the recommendations of this Committee, the state government led by Punjab Chief Minister Captain Amarinder Singh would formulate a policy for holistic development of farmers on one hand and to check the farmers’ suicides on the other. Mr Jakhar said that the Committee has already started its work by visiting few districts in the state.

The PPCC President said that in dearth of any issue against the state government, the AAP leaders were raising the demand for special session just to mislead the people. He said that rather than making lip service on the issue our government was taking concrete measures to solve this problem by its property review. Mr Jakhar said that the Committee has been constituted to minutely look into all aspects of this grave problem.