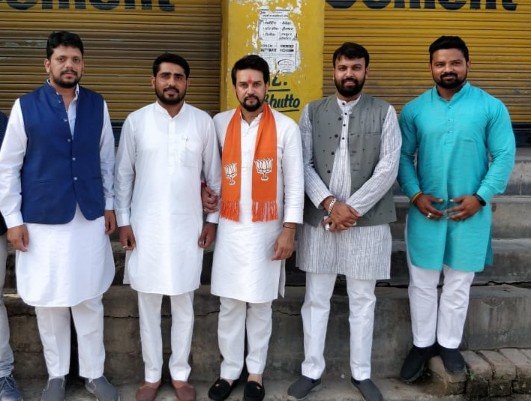 Local people of Himachal were also present at the time of nomination with Anurag Thakur in large number. The number of supporters and the public reaching in such a huge amount tells that Anurag thakur has strong contact with his audience. The arrival of a large number of youth like this was also a surprise. Anurag Thakur expressed his heartfelt gratitude to the young students for accompanying him on the streets.

Gaurav Goyal said that today thousands of people were present in the public meeting. According to local people, Anurag ji has always been associated with the public. He has also taken cognizance of all issues and problems of the local people from time to time. People also praised the work done by Anurag and once again took a resolution to choose him as their MP.