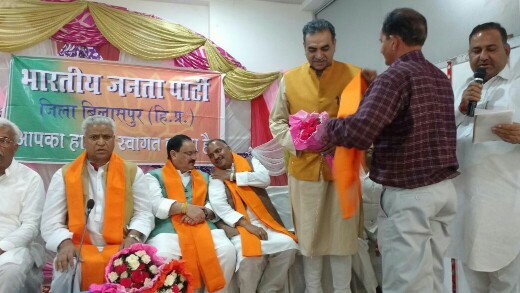 L. K. Advani will be visiting Shimla from 22nd June