On the call of the All India Federation of Univeristy and College Teachers’ Organisations (AIFUCTO)  the Punjab Federation of University and College Teachers’ Organizations (PFUCTO) held a rally at the Panjab University , Chandigarh in which hundreds of teachers of PU, Chandigarh, Guru Nanak Dev University, Amritsar, Punjab Agricultural University, Ludhiana, Guru Angad Dev Veterinary and Animal Sciences University, Ludhiana, Punjabi University, Patiala, and 60 Government Colleges of Punjab and 160 non-government colleges of Punjab and Chandigarh protested against the long and unjustified delay in the implementation of the 7th UGC pay-scales and their other long  pending demands.

Prof. Rajesh Gill, President, PUTA deplored the callous attitude of the government towards higher education. She rued that both the Central and the state govt. of Punjab had withdrawn themselves from the scene altogether leaving higher education in the lurch.

Dr. Jagwant Singh, Gen. Secretary, PFUCTO said that now Punjab is te only state that is yet to implement 7thUGC pay-scales in India. In fact, Punjab also has not implemented any pension scheme to the teachers working in aided colleges and is creating confusion in the universities on this matter by issuing confusing and contradictory letters. He also criticized the draft New Education Policy for its complete apathy towards teachers and students.

Prof B.S Tohra, President, GCTA, Punjab welcomed the order of the the Pb. & Hry. High Court that it had never ordered a stay on recruitment in govt. colleges, a stand that the govt. had illegally taken.  The system was being managed through part time and guest faculty teachers who faced lot of exploitation at the hands of the government, which was supposed to be a model employer.

Prof B.V Sharma, President, PCCTU, demanded that the govt. of Punjab should clear all doubts which rightly or wrongly raised by colleges after the decision of the govt. on regularisation. He stated that these teachers had been working for nearly 4 years on a consolidated salary of Rs. 21,600, an amount that is far less than what a Class IV employee in the central govt. earns. He criticizeed the Government for its failure to release salary grants in time.

Prof. H.S. Kingra, President, PAUTA, stated that due to reduced funding by an indifferent state for agricultural research, PAU was unable to contribute in the field of agriculture as it used to do in the past. He condemned the appointment of assistant professors at a consolidated salary of just Rs.15, 600/- only during the period of probation.

Prof. Devinder Singh, President, GNDUTA, stated that the reduced funding by the state, lack of regular faculty and exploitative conditions of ad-hoc and contractual staff had emerged as a major concern of teachers.

Dr. Sukhdev Randhawa, Gen. Secretary, PCCTU, Prof J.K Goswami, Secretary, PUTA, Dr Gurjant Singh, Secretary, GCTA, and others also addressed the rally. They called upon the state govt. of Punjab to accept the genuine demands of the teachers that had been implemented in most other parts of the country.

PFUCTO announced to hold University area rallies at Patiala on Dec 4th ,Amritsar on Dec 12,Ludhiana on Dec 19 and on January 17 at Chandigarh to press for their demands.. It also decided to go on strike during the forthcoming Semester exams, if the Pb.Govt failed to respond appropriately to demands of teachers. 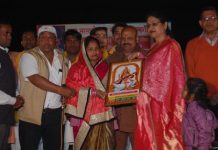 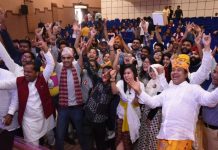 13th Global Youth Peace festival kicks off with a clarion call to... 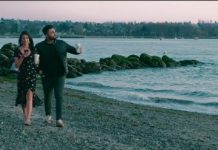 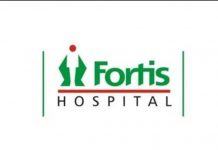