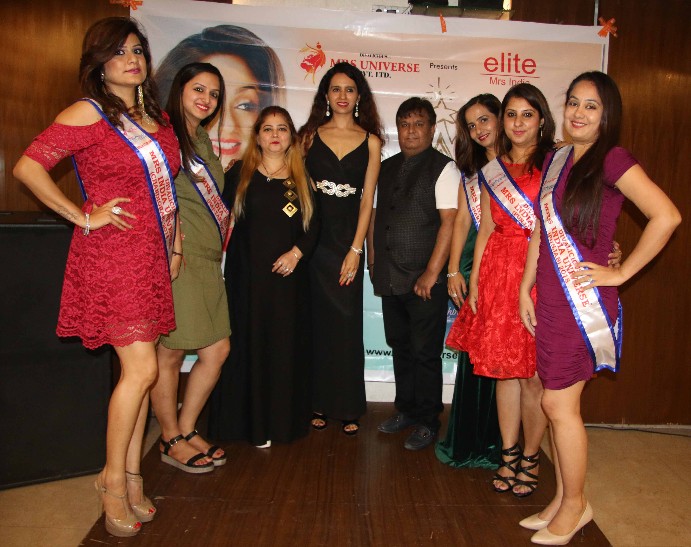 Grand Finale to be held in Delhi on June 23;40 participants across the country will be fighting for the crown

The finale of the Divalicious Mrs India Universe is going to be held this month in Delhi, in which the finalists selected from Chandigarh, Punjab and Haryana are ready to set the ramp on Fire with their performance. Participants selected for Finale met the media at Hotel Metro Sector-35 on Monday and provided information about their preparation and journey. Naresh Madan, CEO of Divalicious Mrs India Universe Pvt Ltd, Director Sadhya Madan and State Director of Chandigarh Neelam Garg were present in the conference.

CEO Naresh Madan while briefing the media said that Finale is being held in Delhi on June 23. All finalists in the competition are entering with various titles. For this pageant, 600 participants gave auditions all over India, out of which 40 have been selected to participate in the finale.

He told that all the finalists will be given three-day grooming classes. Grooming will commence from June 20 at the Palm Greens Hotel and Resorts, which will be provided by choreographer from Pune. Additionally, the winner of this competition will get the opportunity to participate in the International Beauty Contest, Divalicious Mrs Universe.

Company director Sandhya Madan said that this time we have selected such judges who are not from the  fashion industry. Often such competitions have been accused of doing cheating for the Crown. Therefore we have chosen judges from IAS, IPS, lawyers, artists field. So far only 3 judges have been finalised and those are IAS IRA Singhal, SDM, Delhi; General Secretary of All India Artists Association Rekha Gaur and Rohit.

Watch what Naresh has to say about this competition:

Naresh told that we started this company in 2015. This is the first pageant of the company after being recognized by the Government of India. Earlier, the company had organize 3 pageants which received a very good response. We promote social causes in all our shows and this year we have chosen Acid attack victims.

Let’s get to know contestants more:

38 years old, having 2 Children, always been a housemaker, Barkha never had confidence that she can face the world. Her mother wanted her to do something different with her life.

Wedding Planner by Profession, Prabhdeep has 2 kids. She got married when she was only 18 years old. She is not into makeup and likes to keep everything simple. She got motivation from this competition and started taking care of herself more. Her daughter motivated her to enter into the pageant and try her luck once.

Isha is the youngest participant, only 26 years old. She is blessed with a baby boy who is only 5 months old. She is a lecturer and Freelance Auditor as well. She applied last year as well but she conceived during that time. So, she decided to try again and now she is working hard to maintain a perfect body shape by gyming.

36 years old Shivani hails from Amritsar and has also taken part in two pageants before this competition. She is blessed with two children and gives all the credit to her supportive family for her success.

45 years in age, Gurmeet has 15 years old son and used to work in PNB met life. She used to have stage phobia and worked upon herself for this competition. This competition has changed her life. She got more confidence in herself, her speaking and makeup skills improved.

‘Unique & Exotic Exhibition’ starts, is an amalgamation of  unique...