400 cloth bags were distributed amongst the public at the celebration of Azadi Ka Amrit Mahotsav by NGO ‘Neki Ka Dwar’ at Nabha with a message to join the “No Single Use Plastic movement”.

Gynecologist Dr. Sunita Garg who runs the NGO ‘Neki Ka Dwar’ at Nabha along with her 17 members team is extensively known in the region for her social work activities. The organization has been collecting old clothes, toys, bed sheets, curtains, shoes, utensils and all household items from the citizens of Nabha and surrounding areas, which are stored at Jiwan Nursing Home and displayed in a shop opposite the hospital and distributed among the under privileged people at a meager cost of Rs.30/- each. From the funds collected by this, the NGO helps the underprivileged girls for their marriages, helps the poor patients and sponsors 40 students for their education in professional colleges and schools.

In order to strengthen the “No Single Use Plastic” movement, NGO has prepared cloth bags from the oversized clothes, bed sheets and old curtains. Till now ‘Neki Ka Dwar’  has distributed about 1200 cloth bags and in addition to this 400 bags were distributed to the citizens on the occasion of 75th Independence day celebrated as Azadi ka Amrit Mahotsav thereby endorsing the No Single Use Plastic movement.

Dr. Sunita Garg said that the process is still going on and our aim is to create awareness not only in the region but in the entire state about using biodegradable cloth bags and avoiding harmful single use plastic bags. She further thanked all the people of Nabha for donating the old clothes to the NGO as these not only act as basic material for bags but also help poor ladies by getting them employment by stitching these bags.

She said that for the education of students 35 sponsors are attached with the NGO who are also giving liberal donations to our project ‘Ek umeed Neki Ka Dwar’. 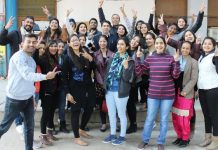 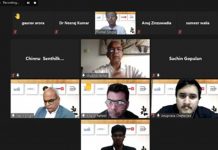 Kapurthala residents blame Punjab Police for not taking action on their...