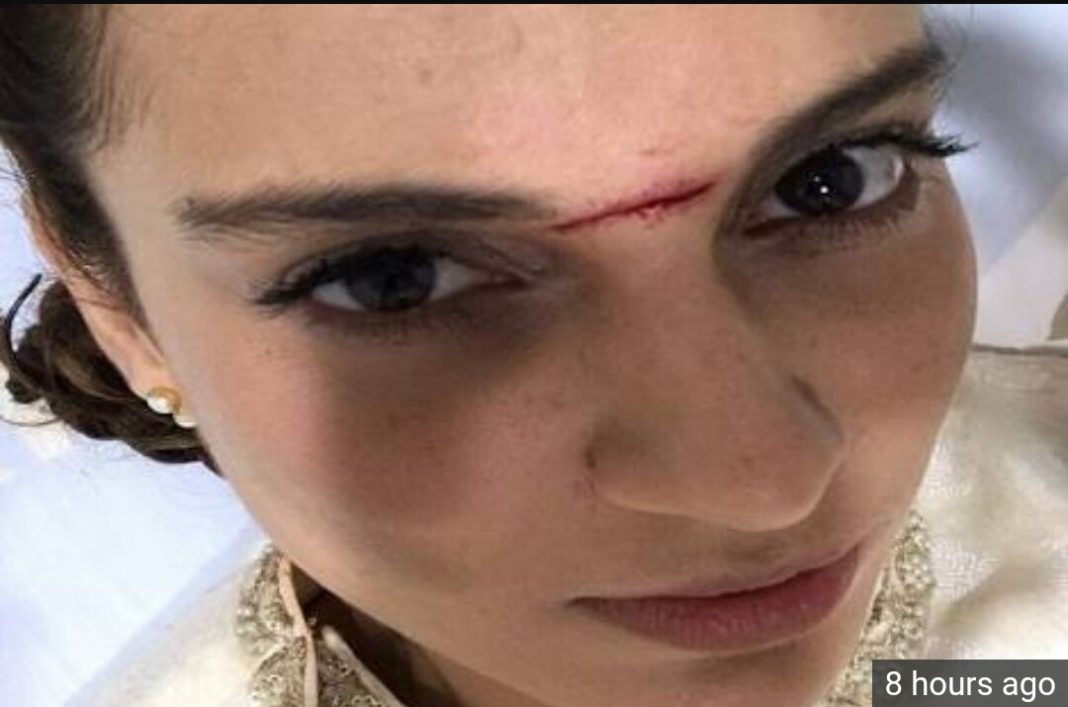 Kangana Ranaut is preparing hard to get under the skin of Jhansi Rani Laxmibai, she’s playing in her Manikarnika. From horse-riding to scouring history books to learning the sword-fighting skills. She’s doing all that her character does on the silver screen. But, the sets of the film turned out a bit bloody.

Kangana got hit by a sword while practicing and got injured with a cut in between her eyebrows.

She got hurt while shooting at Hyderabad’s Ramoji Film City. During a sword-fighting sequence with co-star Nihar Pandya, the latter’s sword hit Kangana’s forehead and left her bleeding.

She was rushed to Apollo hospital pretty soon where she was in the ICCU. And, had received 15 stitches on her forehead and will be discharged from the hospital next week. The doctors said that it was a close shave as the cut is too close to her bone, but the scar would stay.

Kangana might need a cosmetic surgery after the film’s over, as she’s been attended by a leading plastic surgeon.