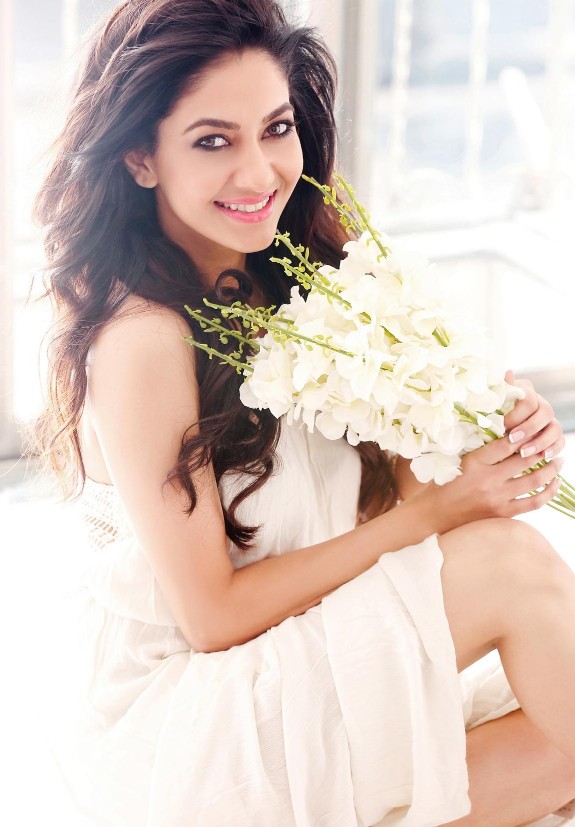 There was a time when Punjabi film industry was all dominated by males. But now the things have changed as the females are getting equal importance in the script. In recent times, we have seen many female artists who are holding their feet strong in this glamour world. The rising star who is all set to rule the Punjabi industry very soon has already proved her caliber with recent hit ‘Dakuan Da Munda’.
Pooja Verma had started her career as a model, has acted in many ad films including Maruti, Reliance, Samsung and TQS shirts with Emraan Hashmi and over 2000+ print campaigns. She has worked in South Indian film, Cleopatra. Then she started her journey in Punjabi entertainment world with songs like Haaye Mera Dil with Alfaaz and Honey Singh and Satinder Sartaaj’s Motiya and Preet Harpal’s Kangna, Garry Sandhu’s Raatan, Kamalheer’s Jindey Ni Jindey and Sonu Kakkar’s Ladeya Na Kar. After her successful stint in modeling, she shifted to acting with movies like ‘Baaz’ with Punjabi superstar Babbu Maan. Apart from these, she has worked in many TV shows along with Mahesh Bhatt’s Naamkaran and her latest blockbuster ‘Dakuan Da Munda’ along with Dev Kharoud.
Talking about her journey, she said, “I have worked in TV and Ads but working in Punjabi industry is a privilege. Because the level of dignity, respect people here give to an artist, is commendable. And now the industry is proliferating at a great pace. I am looking forward to be a part of this ever welcoming world. Till now the experience has been amazing. In fact, the kind of response Dakuan Da Munda has garnered, it was beyond our expectations. I have learned a lot in these few years. Now I just want that this type of films will keep being made and I would get a chance to perform more strong roles.”
Right now, Pooja Verma is working on her next project, the details of which are yet to be revealed.