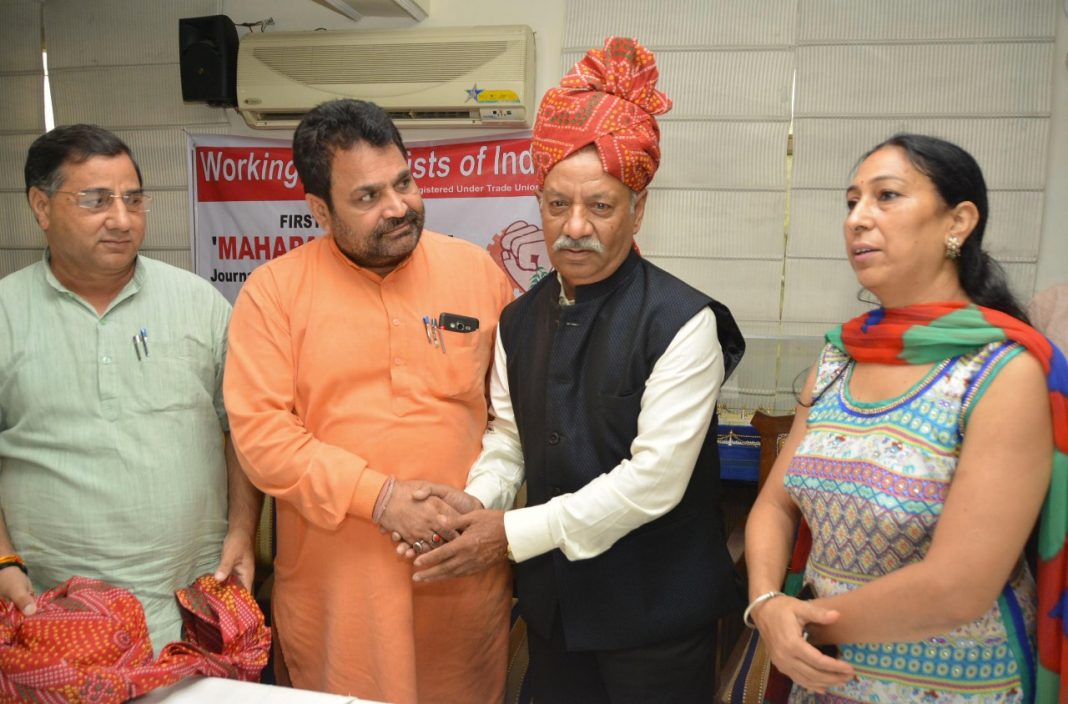 Working Journalists of India, New Delhi organised a Media Mahapanchayat where Minister of Labour and Employment, Bandaru Dattatreya had an exceptional role of a teacher. He taught the journalists a lesson of being unbiased and learn the principles of just, true, credible and follow their duty towards the nation. He further said that the anti national (obscene) journals should be completely banned in the country so that it strengthens the national interest.

Dattatreya thanked labour association’s regional minister Pawan Kumar and State General Secretary Nagendra Pal that with their efforts Indian Labour Association has taken the association of Journalists of India on a whole new national level and created a history. Surinder Verma, Managing Director of Mirror365 was felicitated on the occasion. 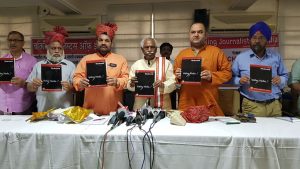 Sharing his one of the experience he told that during the time of emergency he was put in jail for 16 months during which he used to read and instill knowledge in himself where various national journals helped him to learn more and affected him. In that time he wrote 145 letters to then CM Rajshekhar Reddy.

On this occasion, Dattatreya wants that in WJA, the web digital social broadcast and electronic media journalists have their basic rights for which he would have a meeting where the CM’s from all over the nation labour ministers would be called in and get a new WJA law created.

Labour association’s regional minister Pawan Kumar on the occasion spoke that in the benefit of journalists, social protection, equal work equal income, ban of labour, and instead of press council, the start of media council’s put forward the organisation in front of Labour Minister. After which, his suggestion was implemented by the Labour Minister.
On the occasion, the WJI President Sanjeev Shekhar and General Secretary Narendra Bhandari thanked the journalists who took part in the Mahapanchayat. Also, Worlds World was inaugurated by the attendees. BMS Delhi President BN Bhati and General Secretary Nagendra Pal also addressed the journalists.

Dabur brings benefits of Ayurveda in a Gel Toothpaste format