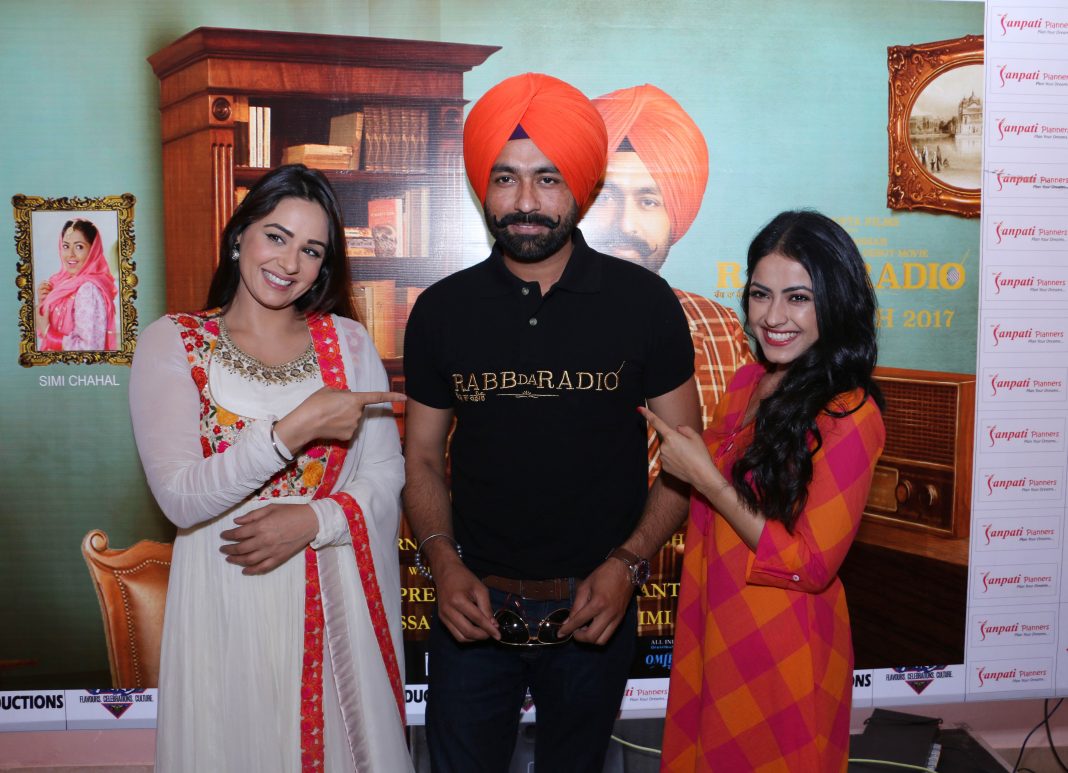 ‘Heart is the God’s very own radio; it will always catch the right station.’  Family, love, hatred and faith in God will make your heart take the right decisions. That is the essence of Rabb Da Radio, produced by Manpreet Johal and Vehli Janta Productions which marks the debut of singer-turned-actor Tarsem Jassar alongside Simi Chahal and Mandy Takhar in the lead role.

The film takes us back to the good old Punjab of 80s and 90s, where villages were more than just neighbourhoods. The story revolves around family ties, respect of the elders, pure love and unconditonal faith over God. The movie is directed by Tarnvir Singh Jagpal and Harry Bahtti and the story is written by Jass Grewal. The music of the film is given by R Guru, Nick Dhammu and Deep Jandu.

Singer Tarsem Jassar, who plays the hero in the film, said, “Rabb Da Radio picturises the Punjab of old days in new colours. This film is a dream project. I feel privileged to have got a platform like Rabb da Radio for my celluloid debut. The storyline may seem simple in the first look but the value of family and love are treated with such delicacy that it will touch the hearts of all.”

Actress Simi Chahal told, “I am looking forward to the release. Rabb Da Radio is a colorful tale where every character has a rainbow of emotions to portray. I am excited to see how the viewers will welcome our efforts.”

Actress Mandy Takhar said, “The story of the film is outstanding and being a Punjabi it was a great experience. My character in Rabb Da Radio is very different and I am glad to be a part of this film.”

The Directors of the film said, “We all know the importance of family as well as the teaching to believe in God. Making it in a film was a wonderful experience. Now we have presented Rabb Da Radio to the audience. The whole cast and crew look forward to see them in their nearest cinema halls.”

The Producer of the film said, “Rabb Da Radio is more than just another project for us. It is a dream that the team has made into a reality. The story revolves around relationships and unconditional love and the whole Rabb Da Radio family hopes that it will be received with the same love and positivity that we had while making it.”

Mandy Takhar lodges FIR against the culprits who tried to defame...