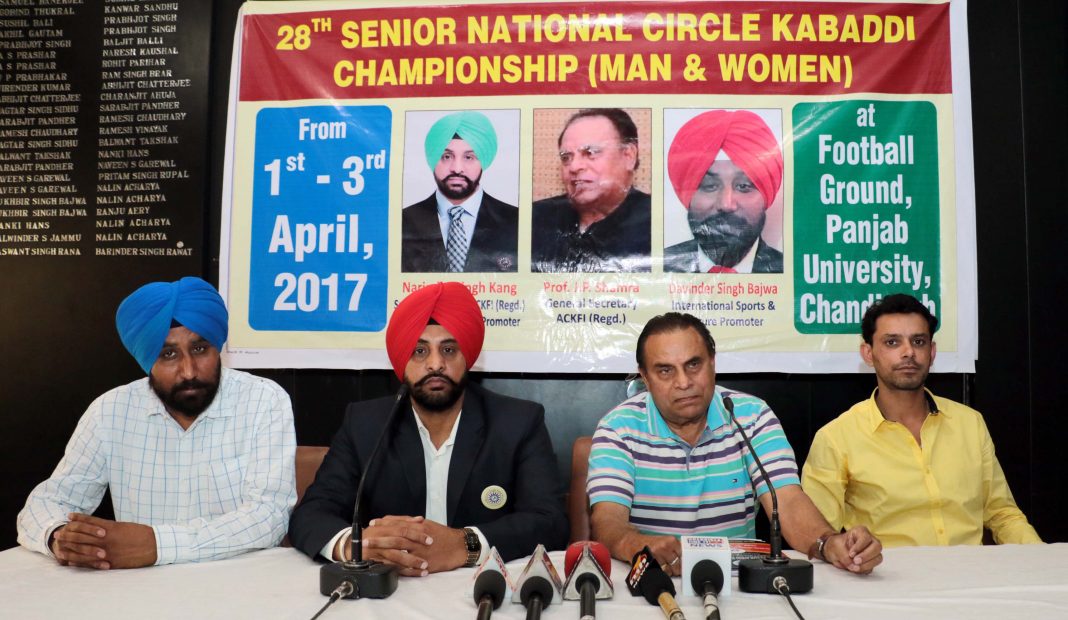 The forth coming weekend promises thrilling Kabaddi matches as the Amateur Circle Kabaddi Federation of India (ACKFI) is holding the 28th Senior National Circle Kabaddi Championship for men and women at Punjab University Ground, Chandigarh from 1st to 3rd April, 2017.

Prof. Sharma has been felicitated at various national and international platforms for his contribution towards promoting Kabaddi. “Even as cricket remains the most watched sport, Kabbadi is fast catching up in India and around the world. It has successfully established itself in terms of revenue and fandom within the Indian sporting firmament.  We have a large army of strong kabaddi players and it as important to promote them as is being done for the cricketers. We need to create more international opportunities for them”, he said.

City based Hartek Solar Director makes it to Forbes 30 under...