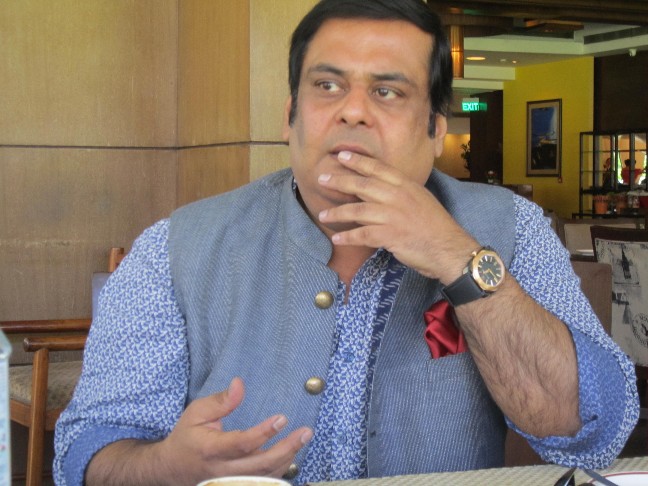 The third edition of ‘Sahib Biwi aur Gangster’ with Sanjay Dutt on the lead is due for release in July 27 this year, informed award-winning producer Rahul Mittra, the Chandigarh-lad who made it big in the Bollywood.

Winner of best producer award at numerous international film festivals including Poland , Norway, Vietnam and winner of 2017’s Amity Leadership Award among others, Rahul Mittra was in the city today to meet with his classmates from St. John’s High School from 1987 batch.

“It is always exciting to come to your home town where I spent my childhood and had great time in the school which taught me to excel in every field,” Rahul quips.

His next venture is on suicide-bomber kids with Sanjay Dutt in the lead as an army doctor posted in Afghanistan, called “Torbaaz”

The film has been shot in geographically isolated highly mountainous terrain, Kyrgyzstan, and would be released sometimes end of this year, Rahul informed.

“I must move on from one space to another, and next venture probably would be on the digital front,” he announced.

Sharing his memories of the school, he said: “I was a great story-teller always in school and started writing in my 9th and 10th for the school magazine, as well as for the local daily.”

Rahul lost his father, a senior IAS officer in Punjab Government,  in 1988 in a helicopter crash, and he immersed himself in studying hard and entered the field of journalism, and moved on to corporate communication, marketing, media and events management, promotions, before landing up in Bollywood to try his hand as film producer.

“Without any godfather, I moved into the industry with professional communication skills having had tough grounding in varied aspects, getting into this complicated art of cine production somehow appeared easy for me,” Rahul said who is a well-respected studio head in Bollywood.

His first production of Sahib Biwi aur Gulam (SBG) with Randeep Hooda was a box-office hit and thereafter there was no looking back, with SBG becoming a franchise of which the audience will see the third edition this July.