To highlight the problems being faced by Self financing technical institutions of the Country, A delegation of All India Federation of Self Financing Technical Institutions (AIFSFTI) under the leadership of Chief Patron, Sri R S Munirathinam and President, Dr. Anshu Kataria met AICTE Chairman, Prof. Anil D. Sahasrabudhe at New Delhi.

While highlighting the problems being faced by small self financing colleges, Dr. Anshu Kataria seeks immediate intervention of AICTE in the regulatory mechanism. He demanded the level playing field for all type of Institutions including Private Universities, Deemed Universities, Self financed Colleges etc.

Rao further said that more than 90% of technical education is being offered by the Private sector but because of many reasons from last 5 years this sector is under big financial crunch. He further said that on one hand there is no upper cap on the intake capacity of the Private Universities while on the other hand technical colleges are fully regulated by the All India Council for Technical Education (AICTE), New Delhi.

Delegations from around 15 different States from all across the Country including Mr. Amit Sharma, Vice President  & CA, Manmohan Garg, Treasurer from Punjab Unaided Colleges Association (PUCA) also participated in this meeting.

September is observed as Nutrition month & Target is to make... 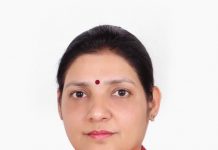 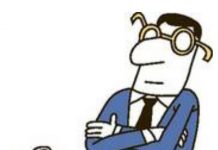 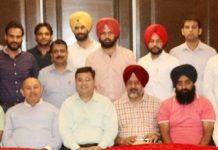 Due to the non releasing of SC scholarship, the future of... 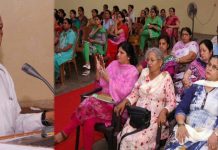 An Expert Lecture on Postcolonial Theory in GGSCW