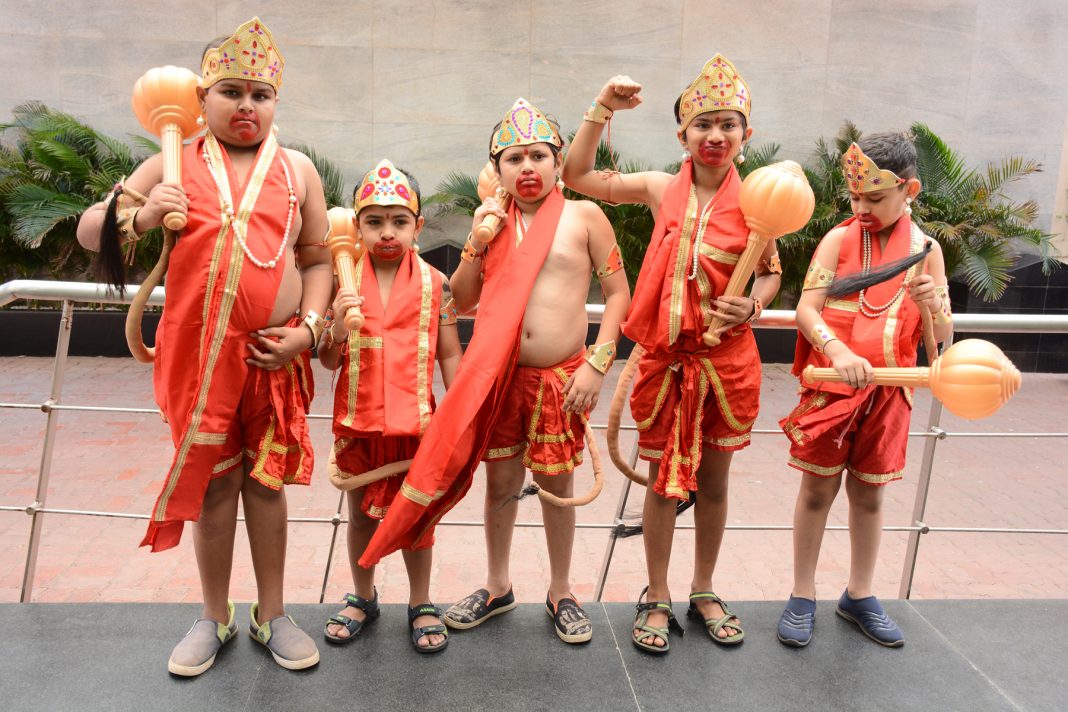 The HANUMAN DA DAMDAAR toli has been out there to get you, and no one was spared. They will sneak up on you when you are least expecting and turn your average, mundane day into something fun and crazy! Don’t believe us, ask the many Editors we hijacked!

The cutest toli of tiny Hanumans landed up at various publications, armed with their most awaited film HANUMAN DA DAMDAAR’s trailer and totally swept off everyone off their feet.

The publications were hit by a hustling storm when cute little Hanumans hollered ‘Bajrang bali ki jai’ and danced on the foot tapping numbers from the film HANUMAN DA DAMDAAR. Of course, once the media houses recovered from their trance, they pampered the little thugs till they dropped.

Ruchi Narain, “it was an overwhelming response we got from all the publications, the support we have got for our first venture at R.A.T. films will really go a long way.”

HANUMAN DA DAMDAAR releases on the 19th of May.