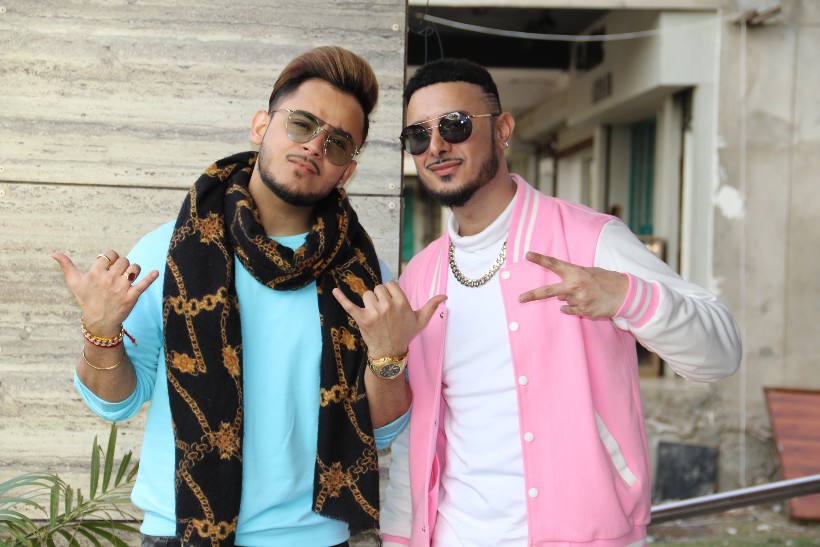 “GYM BOYZ” is the biggest fitness song ever produced in India, which unqiuely has a club feel to it .This banger is sung and performed by very talented artist King Kaazi feat. Millind Gaba. GYM BOYZ will be released on Saga Music on 22 January. The Song is produced by Sumeet Singh. The song presentation is by Mr. Anup Kumar (Acme). Music is by Ullumanati. The music video is directed by Team Raw eye.

King Kaazi is a versatile, young, creative artist from America, who made his debut with his song ‘Kala Cobra’ released on Zee music in 2016. The song was immense success and achieved million of views on Youtube and unlimited downloads instantly. King Kaazi is a terrific performer. His unique style of blending western music with Indian lyrics is phenomenal. King Kaazi is also a great actor he proved his acting skills in his second super hit song ‘Andheri Raat Main’ where he kept the comedy element very strong. Not only this King Kaazi has been part of many international projects. He modeled for the book ‘Blanket of Hearts’ and also featured in a song for the book, named ‘I Can’t Live Without You’. The book won third place in very prestigious eLits Awards in USA and sold many copies worldwide. King Kaazi recently featured in another book ‘Sky of Dreams’ which is doing tremendously in USA. King Kaazi also dropped many other bangers such as Radio (11 million youtube views), Desi Dude, Yaar Valeti, Pink Slipper and many more.

Behind every hit song there is a team effort of many people. Same goes for GYM BOYZ. The presentation of GYM BOYZ is by Star Maker Mr. Anup Kumar. He is serving the music industry for the last 2 decades. He has produced and discovered many renowned artists throughout his career. GYM BOYZ is directed by extremely famous directors Raw eye, who has beautifully directed the song on very grand, colourful and high budgeted locations. As pleasing the song is to the ears, the video is equally pleasing to the eyes.The directors have done a spectacular job depicting the video. The music, lyrics and composition is by Ullumanati. The wardrobe and makeup was being looked by WAMA (Wardrobe and makeup adviser) Navgeet Kaur.

The whole team Acme is very excited about GYM BOYZ. The team has put their heart and soul into the project. The owner of Acme Mr. Anup Kumar promises to bring more entertaining songs with good music in near future.

After ‘Dil Warda’ AJ Singh is back with beat number ‘Biba’