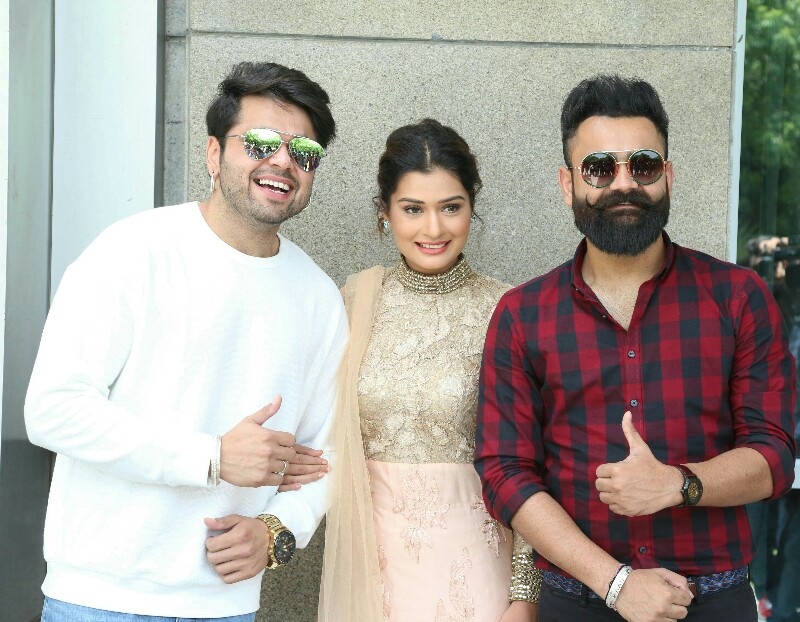 ‘Channa Mereya’ is a story of two people who fall in love against the norms of the society. The film depicts of feeling when someone comes in your life, steals your heart and changes your life forever. It will give you goose bumps and make you feel the Emotion, Pain and Passion for Love which is set to release on 14th July.
Film ‘Channa Mereya’ is helmed by renowned director Pankaj Batra, who has given hit films like Bambukat, Goreyan Nu Daffa Karo and Channo Kamli Yaar Di. The Film is presentation of White Hill Studios who has produced super hit films like Jatt & Juliet 1& 2, Punjab 1984, Sardaar Ji 1& 2 and Saab Bahadar. Also, the heartthrob of the Punjabi music industry, Ninja is making his debut with this film where his fans will get to see a different side of him.
The Film is starring Ninja and Payal Rajput in lead role as a debutant. Whereas Singer Amrit Maan will also be seen playing a major role in the film which will be a delight for audience to watch. Other star cast includes veteran actor Yograj Singh, BN Sharma & Karamjit Anmol.
Lead actor Ninja said, “I am extremely happy to work with director Pankaj Batra and producers Gunbir Singh Sidhu and Manmord Sidhu who have given many commercially successful films. The music of the film is amazing and I am glad that audience has given immense love to song ‘Hawa De Warke’ and I am sure that audience will experience warmness of love in other songs as well”. Amrit Maan said, “Film has songs which will surely make you feel the quality in it and will oblige you to sing. I love the songs like anything”.
Gunbir Singh Sidhu and Manmord Sidhu said, “Music is something which goes to your ears and travels straight to your heart. Every song of the film will narrate you a different definition of love which is good”. Director Pankaj Batra said, “The music of the film is outstanding. A good music can make your connection with the storyline and gives life to the characters. Audience will find songs of the film soulful”.

The lead actress of the film Payal Rajput said, “Music is something which makes my day and I haven’t put efforts to perform on these songs as the songs have a natural feel in it which is effortless. The music will surely make you feel relax and in love”.
The music of the film is given by famous Jaidev Kumar, Gold Boy and Sonu Ramgarhia. The lyrics are written by Happy Raikoti, Kumaar, Navi Kamboz, Yadi Dhillon & Pardeep Malak. The voices to the songs are given by Ninja, Amrit Maan and Jyoti. So this July get ready to fall in love with ‘Channa Mereya’.