Chandigarh Administration is organizing Rose Festival in the City Beautiful in the month of February for three days every year. The festival is jointly organized by Department of Tourism & Municipal Corporation, U.T. Chandigarh on the same days to make it more vibrant and fascinating.

Keeping in view, the tourism potential of these events, the Ministry of Tourism has also included Chandigarh Rose Festival in its calendar and provides Central Financial Assistance to organize the said festivals.

Under the initiative of Government of India, “Ek Bharat Shreshtha Bharat”, Dadra & Nagar Haveli, U.T. is the partner state of Chandigarh, U.T. to exchange their rich heritage, culture, customs and traditions.

To promote the scheme of ‘Ek Bharat Shreshta Bharat’ the partner state of Chandigarh i.e. Dadra & Nagar Haveli, U.T. is also participating in the festival with Tourism Department, Chandigarh Administration at Leisure Valley, Sector 10, Chandigarh. The performers/students from Dadra & Nagar Haveli will also perform during the event and will showcase their cultural performances.

The celebrations shall provide an ample opportunity to visitors and citizens of tricity to participate in variety of events and activities, which would promote Chandigarh as a Happening City and as a hub of tourism and culture in this region.

The variety of activities are being organized during the Chandigarh Rose Festival is as under:

On this occasion the  Director Tourism Chandigarh, Sh. Jitender Yadav, IAS expressed that the Chandigarh Tourism has a clear mandate of cultivating tourism to the City Beautiful & attracting more national and international tourist throughout the year. Through these regular festivals and events, Chandigarh Tourism hopes to create a lively environment in the city, with an ambience of fun and festivity for all tourists to witness and enjoy.

POLLYWOOD’S ATTEMPT TO ERADICATE THE STIGMA, TAKES UP PADMAN CHALLENGE 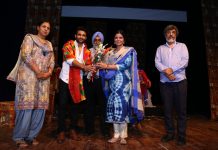 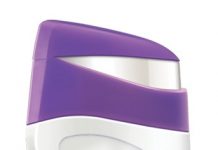 Unveil the healthiest skin this winter with the BoroPlusDoodh Kesar Body... 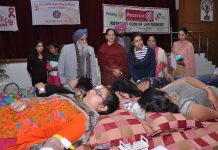 Inauguration of Extended Dispensary and Crèche followed by the Award function

‘Peace for Environment’ by Chandigarh Administration and Divisional Library (South)