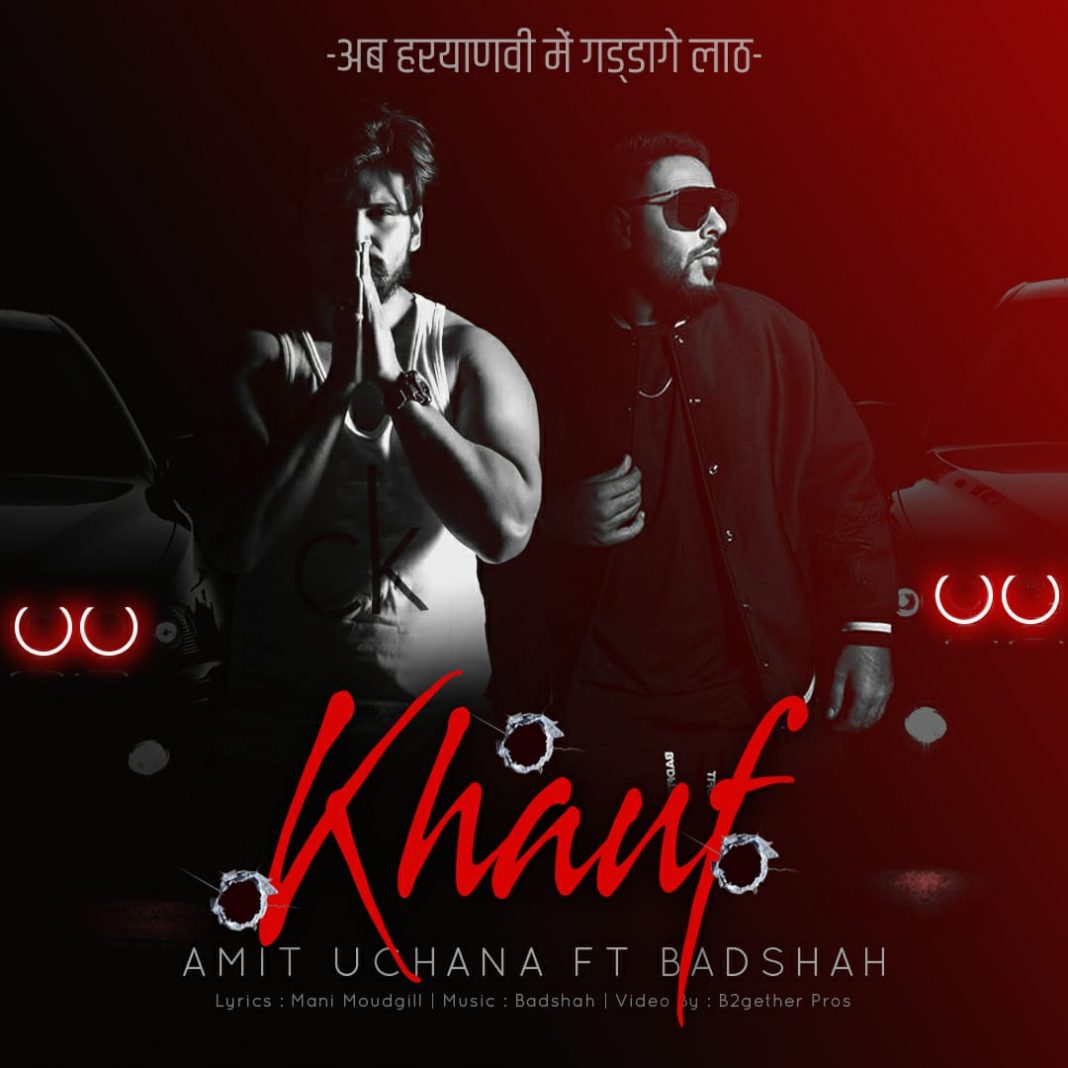 Badshah has helped the Indian music industry grow in many ways. But not only the music industry, he always goes all out and helps budding artists get the much deserved recognition and fame in the industry.

From launching very talented Aastha Gill with song ‘Buzz’ to giving a boost to Fazilpuria’s career with song ‘Chull’, he never leaves any chance to promote talent.
Adding another name to this list, he is all set to launch Amit Uchana with the latter’s debut song ‘Khauf’. Badshah recently released a song ‘Grandfather’ which he sung completely in Haryanvi. Even the video of the song was shot in Haryana. This song is currently ruling the music charts.

As far as ‘Khauf’ is concerned, this song is also going to be a Haryanvi number. The lyrics of the song are written by Mani Moudgill and Badshah has composed the song. The video of the song is directed by B2gether Pros.

Amit Uchana is associated to Badshah since a very long time, and so he is even connected to the industry. Being a part of Badshah’s team, he has also produced 2018’s film ‘Do Dooni Panj’ starring Amrit Maan and Isha Rikhi.

Apart from launching and promoting new talents, Badsha is also trying his hand in new field which is acting. Recently, he announced his acting debut with Bollywood film ‘Khandaani Shafakhana’.
The film is being directed by Shilpi Dasgupta, and it also stars Sonakshi Sinha, Fukrey fame, Varun Sharma and veteran actor, Annu Kapoor. Other details about the film have been kept under the wraps. The film will be produced by T-Series and Mrighdeep Lamba and it will be hitting the screens on 26th July this year.

Whoever Badshah has launched has proven to be a storehouse of talent, and the same is going to be with Amit Uchana too. The release date of ‘Khauf’ is yet to be revealed.