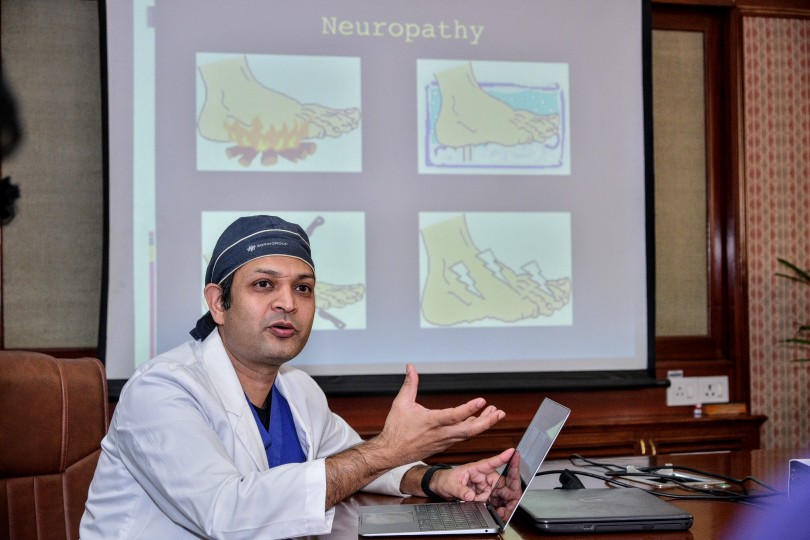 “Around 10-18% of the diabetics’ patients develop a foot problem which can affect the whole family socially, economically and psychologically. It is a very common and major problem in India these days,” shared Dr Jindal.

“It is really difficult to manage and treat the most complex wounds effectively. With the aging process and existing people with multiple medical conditions, it becomes really challenging for pathologies to improve and stay well-equipped to meet the needs of wound care,” he further added.

Dr Jindal suggested carrying out certain tests for diabetic neuropathy such as Filament test, Quantitative sensory testing, and nerve conduction studies. He also informed about the Anodyne Therapy System (ATS) that eliminates the painful symptoms and enhances sensation as well as balance in diabetic patients with DPN (diabetic peripheral neuropathy) to a greater extent.

“There are various ways to keep diabetes in control such as by eating a healthy diet, following a regular fitness regimen, ensuring weight control, and avoiding cigarette smoking,” concluded Dr Jindal.

‘Sports Medicine Emerging as a Specialty in North India’

A TOKEN OF LOVE FROM A FATHER ON SON’S BIRTHDAY– A...