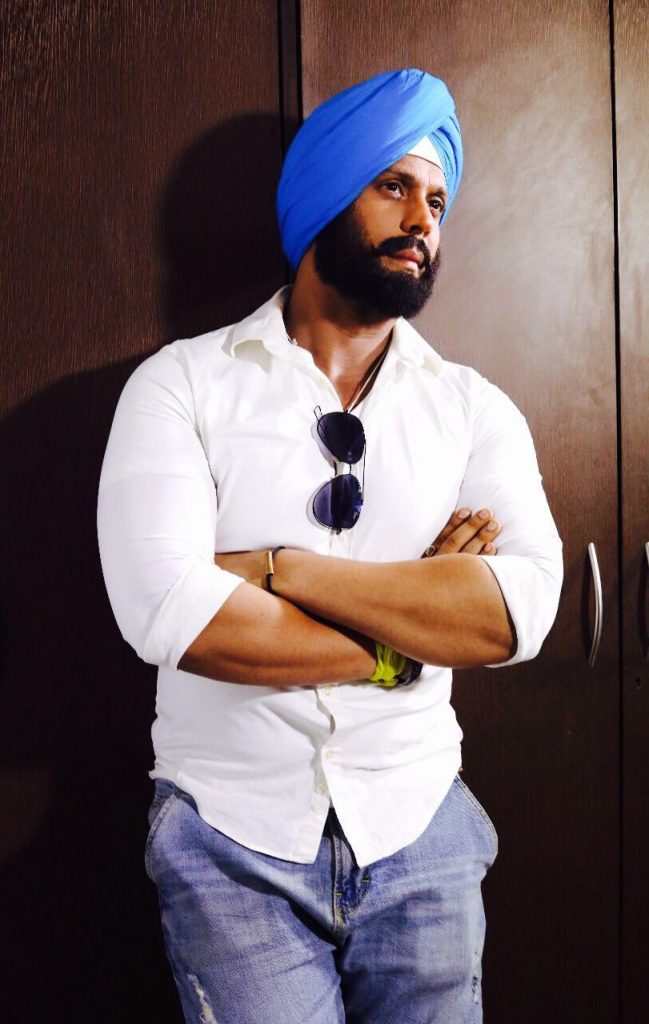 Actor Ranjha Vikram has pulled up his socks to rock the screen again. He has worked in many films but now he will be seen in a bollywood film which will be a big break for his career and a great pleasure for his fans to watch.
Ranjha Vikram has worked in Punjabi movies like 25 Kille and Motar Mitran Di. But apart from Punjabi movies he has also acted in the Tamil-Telegu and Kannada movies. As he made his acting debut with a Bollywood movie it will always remain his roots. This year the actor is back to his roots with another Bollywood flick whose name is yet to be announced. The actor will be seen sharing the screen with Bollywood actor Sharman Joshi. While Vikram has already done several Bollywood movies like ‘Heropanti’ & ‘Ya Rab’ of Mahesh Bhatt but this one is special. In this movie, the actor will portray the role of a Sardar.
Ranjha Vikram looks no less than a real Sardar Ji with Blue turban, the mustache, and the beard. Talking about his new looks he said, “I am getting a lot of praise for my new look as Sardar ji in my upcoming bollywood film. This film is special for me as I am playing a role of a Sikh in the film which is an interesting and unique character. The storyline is amazing and I hope audience will love me in this new getup.”
The film will be a bilingual movie i.e. will be released in Hindi and Punjabi. It will be produced under one of the biggest banners and is being directed by an acclaimed director.

Arjun Kapoor and Parineeti Chopra will return onscreen for a second...