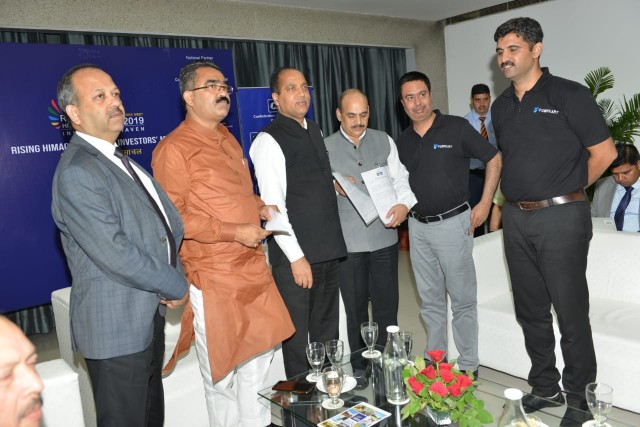 Pumpkart, one of the largest start up’s out of Punjab, has signed a MoU with the Himachal Pradesh government. The MoU was signed in the presence of Himachal Pradesh Chief Minister Jai Ram Thakur by Co Founders of Pumpkart – K S Bhatia and Manish Saini, at CII’s Northern region headquarters here.

Pumpkart has announced its plan to invest Rs 200 Crores over 5 years to assist small and medium retailers in expanding their business. With this staggering investment Pumpkart is all set to become the highest investing start up in HP.

K S Bhatia, CEO & Co Founder, Pumpkart said, “This investment would go into opening training centers across 11 districts of Himachal Pradesh. We will be up skilling the local youth and will also assist them in opening and managing Pumpkart service centers. Pumpkart would also work with more than 100 MSMEs and 2000 retailers of Himachal and assist them in business development.”

It is noteworthy that Pumpkart is currently disrupting the traditional distribution channel through its innovative model of B2B E Commerce, where in it is taking many large and small appliances and electrical brands directly to retail stores. What’s more, Pumpkart is adding a lot of value to the traditional retail model by opening Pumpkart Service Centres so that the retailers have more confidence in selling local and private label brands where they have higher margins, but struggle in providing warranties and services.

The Pumpkart App’s Beta version is already live, through which the retailers have started placing orders. The deluge of orders is contributing to Pumpkart’s growing exponentially over the last 3 months. It is pertinent to state here that Pumpkart has been invested in by Dr.Ritesh Mallik, the Co-founder of Innov8 and is backed up by legendary cricketer Kapil Dev as its Brand Ambassador. With this support Pumpkart is expanding aggressively across North India

Manish Saini, COO & Co-founder of Pumpkart said, “Pumpkart training centres would empower and skill the youth of Himachal to become self employed, with a vision to create more than 10,000 jobs in Himachal Pradesh. We are also working with the government to provide financial assistance to the trained youth.”

ORRA launches its First exclusive store in Mohali at 3B2