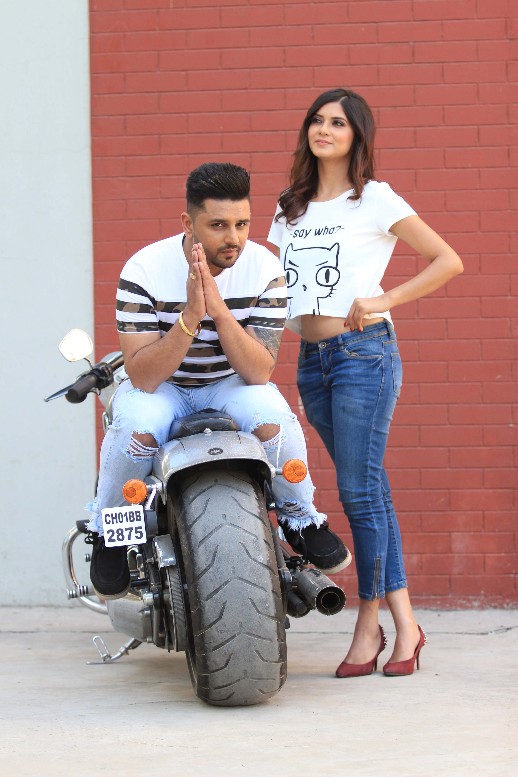 Punjab’s music is making its own identity on the global map. There is a constant streak of new peppy and successful songs coming from Punjabi artists. It has just been a few days that we’ve stepped into 2018 and we have already got some fantastic singles. In such a short span of time, many different songs like Brobar Boli, Peg Sheg, Mere Yaar, to name a few have hit the list of chartbusters. To grace this successful league, ‘Money Aujla’ is here with his latest single ‘Lecture 2’. The Bhangra beats of the song are extremely catchy and addictive.
The lyrics of ‘Lecture 2’are jotted down by the versatile singer ‘Money Aujla’ himself who has also composed the music. The amazing video of the song is directed by Hardeep Swaich and Gurwarinder Singh. The project is presented by Anup Kumar. Regan Dadu has shot the video and has aced it, creative inputs for this song have been given by Raj Tiwana. The track is produced by Gunbir Singh Sidhu and Manmord Singh Sidhu of White Hill Music.
“I had a great time recording and shooting this song. I’m pretty sure that people are going to love it. Lecture 2 is extremely close to my heart and I know that it will hit the right chords in my fans’ hearts. It was a great experience of working with White Hill as well,” stated Money Aujla.
The song ‘Lecture 2’ has every ingredient to be a chartbuster song. The entire team has put in a lot of effort. ‘Money Aujla’s’ voice and lyrics are so catchy that I expect this song to be on the trending list. Also, I’m extremely grateful to the White Hill team and ‘Money Aujla’,” said the song’s presenter ‘Anup Kumar’.
“White Hill has always promoted talent and content-driven songs which we will keep doing as well. Our team knows what audience wants and with every song, we try to raise the bar. If we talk about ‘Lecture 2’, it is a treat for the ears. Money Aujla has aced it in singing in ‘Lecture 2’,” stated Gunbir Singh Sidhu and Manmord Singh Sidhu.
The song has been released worldwide on the official YouTube channel of White Hill – White Hill Music on 20th January 2018.