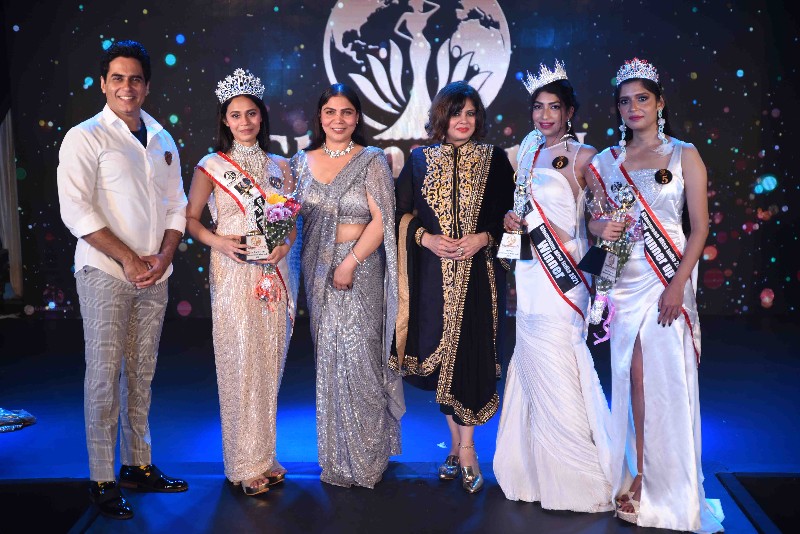 “Plus is beautiful,” declared Glammonn Miss & Mrs India Pagent , with its sixth season culminating in a glorious finale, aimed to celebrate womenhood and combat body shaming, a nationwide epidemic where women’s beauty is judged based on their size. Mann Dua, the ace fashion entrepreneur and Founding Director of Miss & Ms Glammonn, is the brain behind organizing this spectacular event. This grand finale was organised with the aim of highlighting the beauty of women inside out and transmitting this message to different cities through multiple rounds of auditions and shows that culminated in the grand finale today in Goa. Glammonn Miss & Mrs India & Glammonn Miss & Mrs India (Plus Size) Season – 6 mega show finale happened in The Fern Kadamba Hotel Goa. This was the 6th season of the show which travelled through Delhi, Jaipur, Chandigarh and internationally Bangkok and Dubai with a series of shows, auditions and pre events. The last season of the show took place in Jaipur. The contestants gathered from all over India to participate in this 5 day long mega beauty pageant.

A number of factors were taken into consideration for judging, including profile, fitness, fashion, beauty, lifestyle, and talent. In plus size catagory ANURADHA from lucknow became Glammonn Miss India, kanak nagar from Indore, Shambhavi from karnataka, Chahat Khajuria from Gurgaon were runner ups and Mrs India plus size title was won by Gitali Chanda and Neha jalali, Samaira I wallani were runner ups.GLAMMONN Miss India Catagory ( zero size ) was won by lisha from Mumbai and Nikita Rai from Bengaluru, Shreya ojha from Indore and Mrs Catagory ( size zero ) was won by Sonal Mahalwar from Delhi, Harneet ChhabrA frim Indore, Saswati from Bhuvneshwar, Tejasmita Mohapatra from bhuvneshwar were runner ups.

‘We organised this event to provide a platform to showcase talent and beauty and convey the message that plus is beautiful. All our events in the past have been dedicated to causes like “Beti Bachao Beti Padao” and celebrating womenhood. Event also works towards nurturing the talent and skills while shaping up career of women for future work, informed Mann Dua, owner and directors of Glammonn. Through this event we had a dedicated round by which every contestant presented art and culture of their city through spellbinding performances.