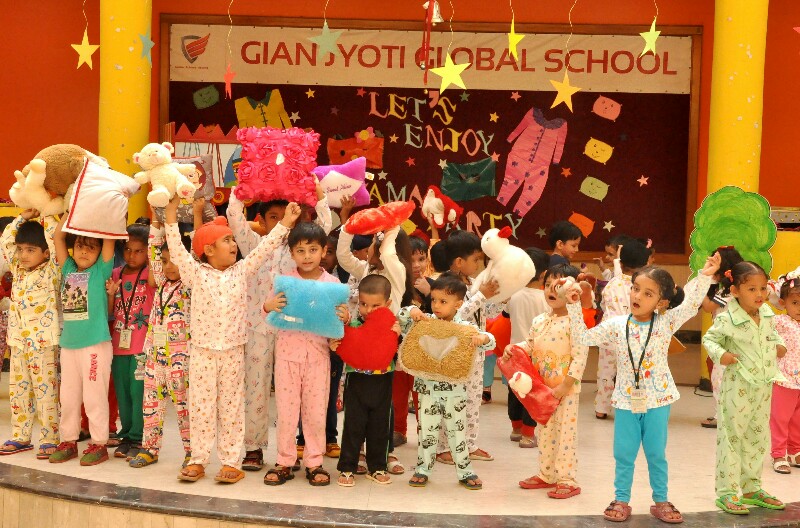 Gian Jyoti Global School organized ‘Pajama Party’ for the Pre-Nursery and Kindergarten students at its campus in Phase-2, Mohali. Pillow Fight, Starry Night, Story Telling (Rapunzel), Musical Chair, Health and Hygiene were the other attraction of the today’s event. All the tiny tots came in their pajamas and participated in all the activities with full enthusiasm.

Teachers of Nursery and Kindergarten beautifully narrated the ‘Story of Rupanzel’ that how a lonely couple, who want a child, live next to a walled garden belonging to an evil witch named Dame Gothel and how they fight with that evil to save their child ‘Rupanzel’. The students watched the story of Rapunzel with curiosity and enjoyed it.

Mrs. Ranjeet Bedi, Principal, Gian Jyoti Global School congratulated the students and teachers for beautifully organizing the Pajama Party. Mrs. Bedi participated with the students who have taken part in pillow fight, musical chair, run-run stop games with their friends and enjoyed the dance party in the end.