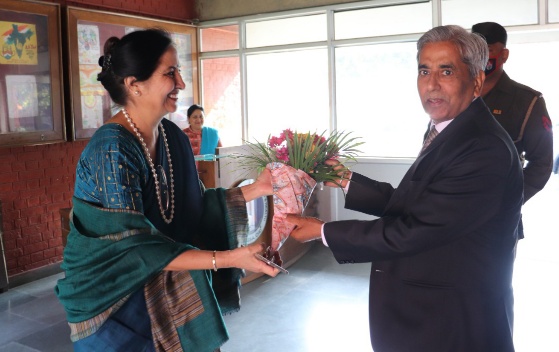 As part of Azadi Ka Amrit Mahotsav towards the celebration and commemoration of 75 years of independence and to commemorate the adoption of the Constitution of India, Government College of Yoga Education and Health, Chandigarh, organized a one day NSS camp along with a extension lecture on “The various features of the Constitution, Constitutional Values and Fundamental Principles of the Indian Constitution”.

The lecture was graced by Hon’ble Justice Shri Hari Pal Verma, Lokayukt, Haryana and Former Justice Punjab and Haryana High Court who was welcomed by Dr. Sapna Nanda, Principal of the College. While highlighting the significance of the Constitution Day, she read out the preamble of the Constitution of India. The lecture commenced with the explanation of salient features of the constitution by Mr. Kulwant Singh.

Hon’ble Justice Shri Hari Pal Verma, Chief Guest for the occasion in his address comprehensively explained the values and fundamental rights and duties enshrined in the Constitution. Justice Verma remarked that the Constitution of India’ lies at the foundation of the world’s largest democracy. This is the supreme law in the country’s democratic framework which has three pillars Legislative, Executive and Judiciary all having their own duties. The Constitution is also the fountain head of our democratic system of governance and our guiding light.

He laid special emphasis on the right to good health and urged everyone to adopt yoga in their lifestyle and lead a happy life in individual interest and in the interest of society at large. The lecture was followed by a pledge of the Preamble of the Constitution in which the chief guest, principal, staff and students took the oath of following the Constitution with their heart and soul. In the NSS camp various activities were being organized such as Lecture on the importance of Voting by Dr. Mohinder Kumar and Mr. Kulwant Singh. Apart from this slogan writing, painting competition and Quiz competition on Constitutional Democracy were also organised. The Program ended with a vote of thanks given by Dr. Gunanidhi Sharma.

IMA says no need to panic but be cautious; avoid travel... 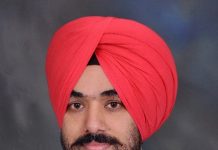 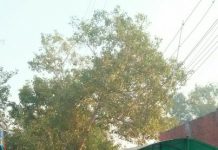 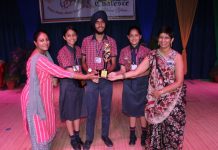 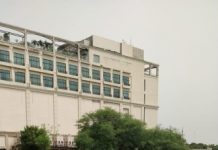