Punjabi film industry has had a year of weddings. Most of the movies in 2018 revolved around chaos and fun at the marriages and evidently, the audiences have got bored of the formula now. That’s the reason the very first film in 2019 is bringing a new concept that will convey a message. And India’s biggest rapper-singer Badshah has put faith in the writer’s ideas and the director’s vision to produce APRA Films’ first project ‘Do Dooni Panj’. The trailer of the film was released on Tuesday.
The sneak-peek into the movie, the teaser was released earlier this month and now the trailer has been launched on the official YouTube channel of White Hill Music. The film stars Amrit Maan and Isha Rikhi in the leading roles. Other stellar star cast includes Rana Ranbir, Karamjit Anmol, Sardar Sohi, Harby Sangha, Nirmal Rishi, Rupinder Rupi, Malkeet Rauni, Tarsem Paul, Gurinder Makna, Nisha Bano, Preeto Sawhney, Sanju Solanki, Navdeep Kaler, Jaggi Dhuri, Sukhi Patran, Harj Nagra, Divas, Ishpreet, Manjeet Singh and Pritpal Pali. The story, screenplay and dialogues of ‘Do Dooni Panj’ are written by Jeeva.
Badshah, the producer of this project, said, “This film highlights the problem faced by today’s youth. Earlier the number of your educational degrees ensured you a good job which is no longer true today. I wanted to invest in an idea that nobody had really put their thoughts in. APRA Films will always try and bring the concepts that are a beautiful amalgamation of entertainment and awareness. ‘Do Dooni Panj’ is exactly that project. We have tried to keep the fate of our protagonist under wraps in the trailer and really hope that people will look forward to know more when the film releases.”
Main lead of the film, Amrit Maan, said, “’Do Dooni Panj’ gave me an opportunity to work with a team that is talented and still so grounded. I had worked with Harry Bhatti and some of the cast members in my debut film. But this film in itself is an eye opener. This is the first time I am working with Badshah Bhaaji and his vision is commendable. The trailer gives you an idea of my character’s struggles but you have to go watch the film to know where his efforts land him finally.”
Captain of the ship, Harry Bhatti quoted, “Trailer of a film gives you an idea of the story and ultimately leaves a hook for you to wait for what happens next. I assure you that ‘Do Dooni Panj’ is intriguing. The film will definitely change the scenario of cinema in Punjab. The entire team has given their best and we hope that the film will be able to mark an impression on people’s minds.”
The trailer of the film released on official YouTube channel of White Hill Music and ‘Do Dooni Panj’ will hit the theatres on 11th January 2019. 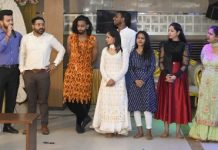 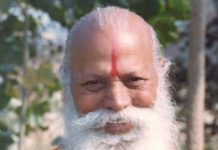 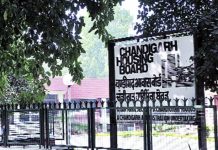 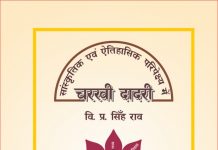