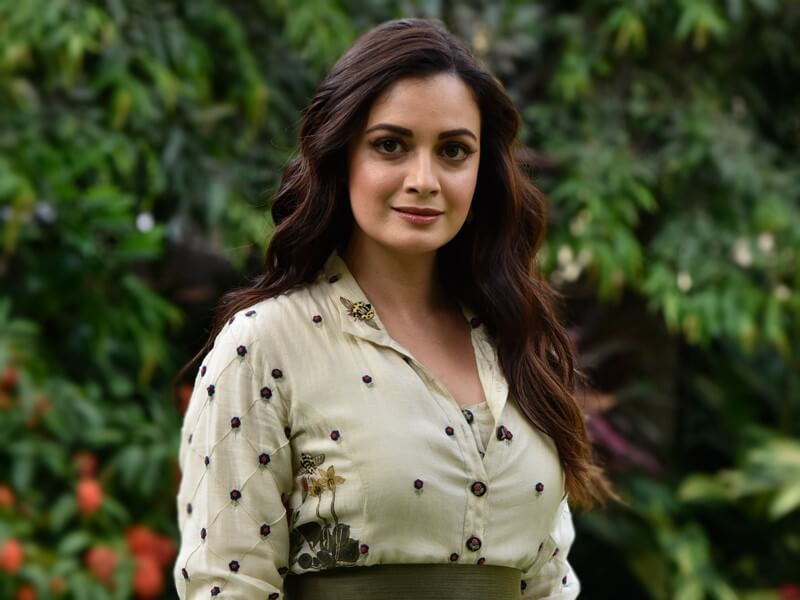 The 10thedition of the World’s largest travelling film festival- Jagran Film Festival (JFF) shared the list of jurors for feature films & short films. With the film festival celebrating a decade of cinematic culture, the festival has roped in veteran industry insiders as the jury members for both the sections. This year’s jury of JFF features acclaimed & noted Indian film producers, directors, screenwriters & actors from the film fraternity. The film festival will witness a different set of jury members for both the categories- Feature & short films.

While the short films will be reviewed by well known film actress and producer Diya Mirza; film producer, director and screenwriter Nikkhil Advani; and writer, director and Chief Content Officer and Head of The Viral Fever Originals Sameer Saxena. After reviewing the movies, the jurors will then select a short film for Best Short Film award category.

Both the categories aim to celebrate and recognise some of the biggest and best work of directors and filmmakers who have incredible stories to tell in the feature & short film format.

Jagran Film Festival has gained immense popularity and each year it attempts to present a treat for cinema lovers by showing unique and popular movies during the show.  Some prominent sections of the Festival are World Panorama, Indian Showcase, Jagran Shorts, Homage, Country Focus and the Retrospective of films.

The following is a brief profile of the jury members for both the categories.

Shobu Yarlagadda: Shobhu produced the two-part mega blockbuster film Baahubali. The first film Baahubali: The Beginning (2015) premiered at the Brussels International Fantastic Film Festival, and Baahubali 2: The Conclusion (2017) premiered at the British Film Institute. Baahubali became the highest grossing Indian multilingual film franchise of all time globally with a cumulative box office earnings of approximately ₹1,900 crore. He is the co-founder and CEO of Arka Media Works and the son-in-law of veteran filmmaker K. Raghavendra Rao. He has won the National Film Award, two state Nandi Awards, three Filmfare South Awards, and the Telstra People’s Choice Award. He has also worked as a line producer for films like Morning Raaga and Anaganaga O Dheerudu, and was Executive Producer for Bobby and Pandurangadu.

Farah Khan: She has established herself as a globally renowned film director and producer, with a Filmfare Best Director Award nomination for her directorial debut Main Hoon Na. She became the second female director to be nominated for Filmfare Best Director Award. Farah Khan has also won six Filmfare Awards for Best Choreography and the National Film Award for Best Choreography. She has also worked on international projects such as Marigold, Monsoon Wedding, Bombay Dreams and the Chinese films Perhaps Love and Kung Fu Yoga, earning Tony Award and Golden Horse Award nominations. In 2012 she made her film acting debut in a leading role in Shirin Farhad Ki Toh Nikal Padi. Currently she is working with Rohit Shetty on a new action comedy film.

Ketan Mehta: Ketan Mehta is a well-known Indian film director with over 20 years’ experience in the entertainment industry. His work includes ten feature films, seven documentaries and two television serials with expertise in diverse media forms from Film to Television to Commercials to Shorts. Mehta’s first film, Bhavni Bhavai, won him wide acclaim. His films have been selected for various international film festivals such as Nantes (France) and the Moscow Film Festival. Mirch Masala was one of acclaimed film and won the Best Film Award at Hawaii. It was released in 52 cinemas in the United States. Mehta has also served as a jury member at various national and international film festivals. His films like Rang Rasiya (2014) and Manjhi the Mountain Man (2015) opened to universally positive reviews.

Nikkhil Advani: Nikkhil Advani is an Indian film producer, director, screenwriter and one of the co-founders of Emmay Entertainment, a motion picture production company. Advani is the grandnephew of late producer N. N. Sippy and second cousin of actor Tusshar Kapoor and producer Ekta Kapoor. He worked as an assistant director with Sudhir Mishra in Is Raat Ki Subah Nahin (1996), for which he also co-wrote the screenplay. He also worked under Dharma Productions and assisted in Karan Johar’s first two directorial projects, Kuch Kuch Hota Hai (1998) and Kabhi Khushi Kabhi Gham (2001). He also assisted Aditya Chopra in Mohabbatein (2000). After the release of Patiala House in 2011, Nikkhil Advani has partnered with Monisha Advani and Madhu Bhojwani to form Emmay Entertainment. Emmay Entertainment’s first production was D-Day, a film  directed by Nikkhil. His recently released film was Hero and recent production release was Katti Batti.

Sameer Saxena:Sameer Saxena is the Chief Content Officer and Head, The Viral Fever Originals. He has created and directed super-hit web series such as Permanent Roommates, TVF Tripling and the recent hit web series, ‘YehMeri Family’. With over 15 years of experience in direction, Sameer began his career in consulting in 2002. After a seven-year stint, he went on to work with some of the most reputed names in the industry, such as White Tiger Productions and Endemol India, where he directed Bigg Boss Season 6. Before joining TVF, Sameer founded Gravity Motion Pictures and was a part of the organization for over six years, as a director, producer and actor. Sameer graduated from the Indian Institute of Technology (IIT) Bombay in 2002.

Mr Basant Rathore, Senior Vice President, Jagran Prakashan said, “We are delighted to welcome on board a fantastic jury who has the enviable task of choosing the first amongst equals. Looking forward to an exciting edition of the festival.