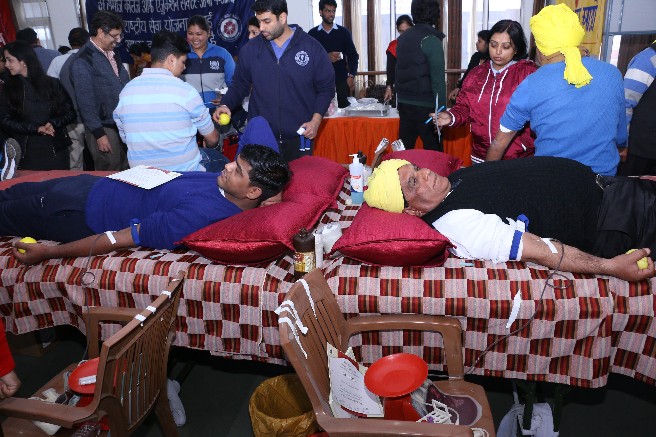 The 3rd day,  of the Dev Samaj Mahotsava going on in  the premises of Dev Samaj College of Education, Sector 36, Chandigarh, started with the soulful Bhajan, ‘Param Lakshya Guru Puran Hove’.

In keeping with the Dev Samaj philosophy of conducting activities beneficial for society, a blood donation camp was organized by the volunteers of Dev Samaj institutions with the help of GMCH, Sector 32, Chandigarh. The camp was hugely successful with 73 units of blood  donated.

Dr. Agnese Dhillon, Principal, Dev Samaj College of Education said, “Such activities were especially undertaken during the Mahotsava to develop altruistic attitude among students. More than 250 volunteers came forward for this noble cause. Free Medical and Dental camps were also organized and more than 150 persons benefitted from them.”

The drama, ‘Lapata Hai‘ presented in the evening session sensitized the audience to the need for safeguarding innocence and integrity. The play moved the audience to tears by the characters’ emotional rendering of the relationships of parents and children, employer and employee, etc. The play was directed by Manoj Madan, Principal, Dev Samaj Modern School, New Delhi.

Tomorrow , December 24 is the concluding day of the Dev Samaj Mahotsava.

Art of Smile joins hand with Xpressions to foray in Mohali 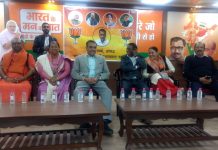 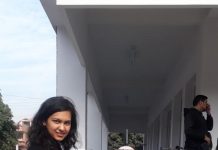 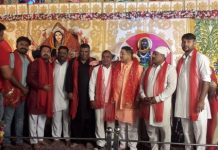 Aryans Group organized a Seminar on Job Opportunities for Fresher’s in...