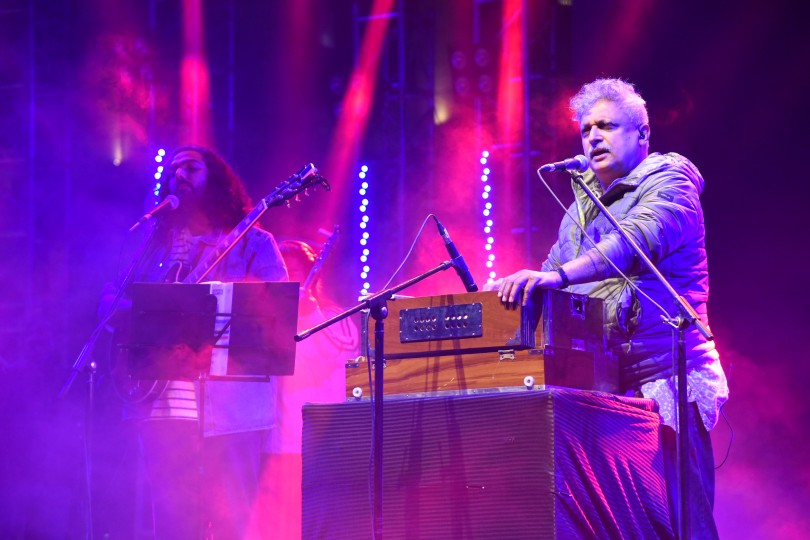 Nexus Elante hosted one of its kind Ballimaaraan live concert by Piyush Mishra here today. Inspired by emotional poems of Mirza Galib, the unique musical experience was an treat for music lovers. Since its inception in 2016, Ballimaaraan has performed all over the country and has gained popularity with its genre-bending songs like Aarambh Hai Prachand, Husna, Uth Ja Bhau and many more.

Ballimaaraan songs are fusion of many musical styles and emotional states, with lyrics written by none other than Piyush Mishra. The band’s music has the effect of being a lively conversation, similar to theatrical conversations in that it is spontaneous and from the heart. The blending of classic and modern music has a fresh, rebellious vibe. Many of the songs have developed cult followings over time as a result of connecting with young people.

Piyush Mishra is a renowned Indian artist, lyricist, playwright, musician, and screenwriter. He has worked in some famous films like ‘Gangs of Wasseypur 1 &2’, ‘Sanju’, and ‘Happy Bhaag Jayegi’ He has written song lyrics in many superhit movies.

Mishra is running an all-India tour project, ‘Aarambh 2023’. Within this project, the Ballimaaraan band will be holding a series of concerts across different Indian cities and the tour has begun from Chandigarh.