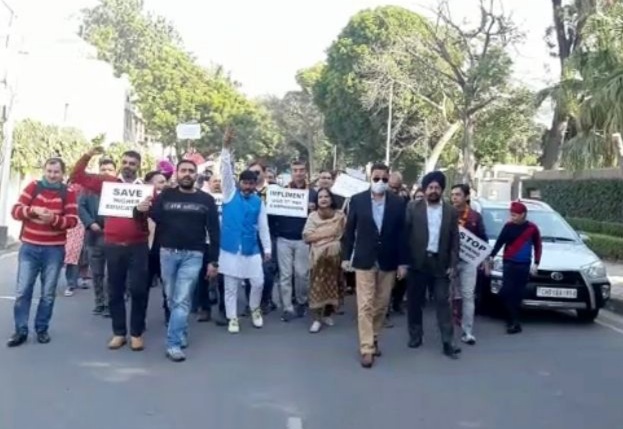 A meeting of the District Council of Punjab and Chandigarh College Teachers Union (PCCTU) was held here today at DAV College, Sector 10 Chandigarh regarding the ongoing protests in Punjab and Chandigarh against the Punjab government for its failure to implement the UGC 7th pay commission. At the same time the teachers continued with their dharna in response to the call given by the Punjab and Chandigarh College Teachers’ Union (PCCTU) for a Total Education Bandh in Higher Education Institutions. The teachers today sat the Chain hunger strike on the seventh consecutive day to protest for the non-implementation of UGC 7th pay commission in Punjab which has been implemented all across the country.

Teachers have been protesting against the indifferent attitude of the Punjab Government and the Chandigarh Administration who have failed to address these and other crucial issues of Higher Education. The teachers also oppose the decision of the Punjab government to delink their salaries from UGC pay-scales. Sumit Goklaney, President DAVCTU said that Punjab government has many a times betrayed the teaching fraternity of the state. Despite repeated assurances pay commission is not implemented and decision to delink UGC from pay scales is not revoked. He also added that they will aggressively protest for the teachers issues and intensify the movement in coming days if their demands are not fulfilled. 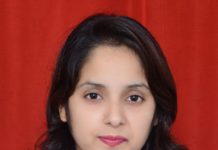 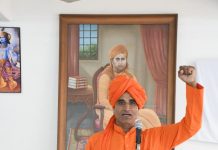 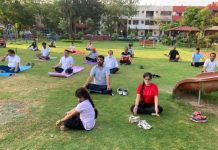 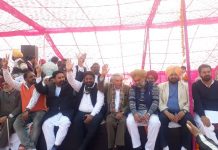