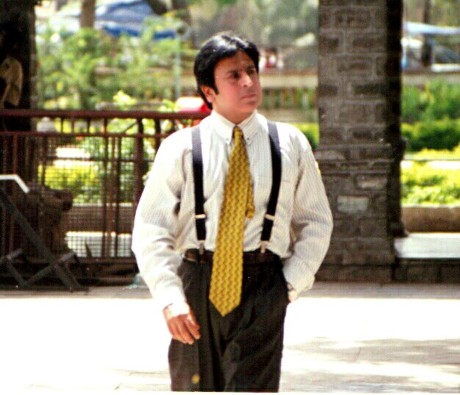 Like Hollywood, Bollywood is also known to turn to novels and non-fiction books for movies. But sometimes the films become so popular that they overshadow their source material.

Herewith, after going through an extensive development period, actor-filmmaker Aushim Khetarpal, is producing a movie on his life along with a Hollywood production house. The film is actually based on his book titled ‘The Chosen One’. In 1999, Khetarpal a sports promoter through his company, Radiant Sports Management Company too got linked to match fixing but wins the case and was given a clean chit from Scotland Yard.

Aushim Khetarpal says, “The book was an effort to show my journey, from being a tennis player of the country to sports promoter, filmmaker, producing television shows, spiritual speaker and how it changed my entire course of life in the last span of 19-years. I was running a sports management company which had attained recognition for getting sponsors and then my name was embroiled in a controversy.” He further added, “Since its launch, more than 1,00,000 copies of the book have been sold which is quite stimulating. Now I want the same to be exhibited on celluloid and release it worldwide to wider audience to know the real aspects.”

Speaking about the film, he said, “It is titled as Om Allah and will be made in Hindi and English. Vikas Kapoor has written the story and screenplay for the film. The songs of the film have also been recorded in the voices of Asha Bhosle, Humsar Hyaat, Anup Jalota and Alisha Chinoy.”

His first Hindi feature film Shirdi Sai Baba made in Hindi, Marathi, Bhojpuri and Tamil languages has won accolades all over and even bagged the Presidential Award – National Integration Award from the hands of the then President K.R. Narayanan. His another film Baba Ramsaa Peer released this January received Rajasthan Integration Award – Best Film and Best Actor.

The spiritual speaker is famous with his on air programmes like ‘Sai Ke Mahima’ on Fever FM and ‘Sai Aapke Ghar Mein’ on Radio Nasha being aired from New Delhi. His various television serials on Sai Baba is an instant hit on the television network too. On the sports front his company is still aiding the needy sportsmen. Of late, 10 National Para Athletes are being trained and promoted for the coming Paralympic Games 2020 to be held in Tokyo.

The movie on his life will mount the sets soon.