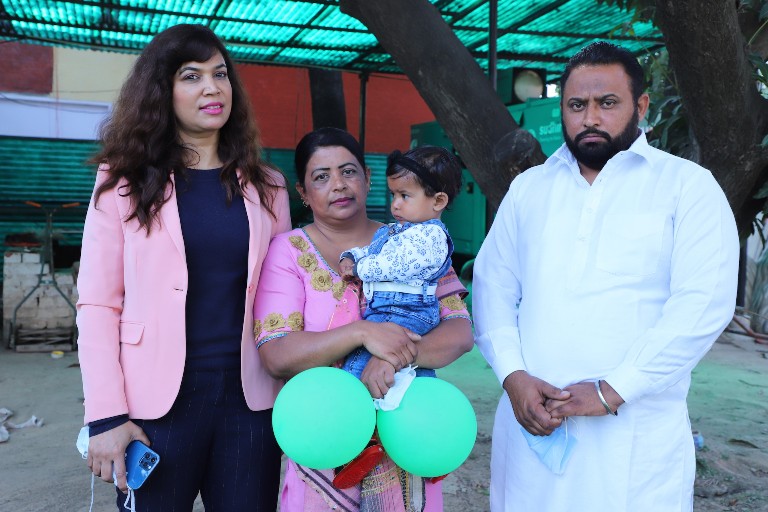 Dr. Swapna Misra, Director, Obstetrics and Gynaecology, Fortis Hospital, Mohali while addressing says, “This is one amongst many such cases that we see on a routine basis at Fortis Hospital, Mohali. Expecting mothers need to understand that pregnancy can be followed up by a lot of complications and as such having a multispecialty center with state of the art infrastructure is crucial to a successful delivery. Fortis Hospital, Mohali keeps a close tab on the vitals of the mother, her dietary patterns, considers previous health conditions before adopting any surgical methodology.”

Misra further said, “A patient should be looking at not just clinical care in labour and delivery but also personalized care. Moms-to-be who have high blood pressure, diabetes, multiples, preterm labour, or other health conditions that make pregnancies more medically managed are safer giving birth in a multispecialty hospital setting. If a pregnancy is well planned and the patient is brought in time, they need not undergo any trauma and can conceive a healthy baby”.

She further assured an excellent success rate in such deliveries, but healthcare excellence plays a key role in such cases. Dr. Misra added, “Mrs. Jaswinder Kaur was an extremely high risk patient. Any surgery carried an enormous amount of risk to herself and the baby. She was already 40 years old and given that By age 30, fertility (the ability to get pregnant) starts to decline. This decline becomes more rapid once in the mid-30s. By 45, fertility has declined so much that getting pregnant naturally is unlikely for most women.

“She already had a heart attack earlier in 2014 for which she underwent heart stenting / angioplasty, while she also suffers from Diabetes, high blood pressure, asthma, obesity and has a family history of heart ailments, wherein her mother died due to a heart attack and father too suffers from a heart illness”, the doctor added.

While talking to media, patient Jaswinder said, “In 2007, I lost my first child in the 8th month of pregnancy due to very high blood pressure and after that, I had 2 consecutive abortions in 2009 and 2010. This was a very low point in my life. Later, in 2014, I was diagnosed with a heart vessel blockage as I had symptoms of a heart attack, and my heart vessel stenting was done at Fortis Hospital, Mohali, which went on to be successful.”

She said, “At this point, I again planned pregnancy in my hometown but again lost my baby in the 8th month of pregnancy due to high blood pressure. We had lost all hopes of being  parents again. Then someone gave us the reference of Dr. Swapna Misra at Fortis Hospital Mohali. We scheduled a booking and met her at Fortis. I explained all my problems and my situation to her and how badly I need a baby. She explained that mine and baby’s life will be at risk but yes we can take a chance under strict medical supervision and finally I conceived.

‘Doctor- patient relationship dwindling due to feeling of persecution among doctors’