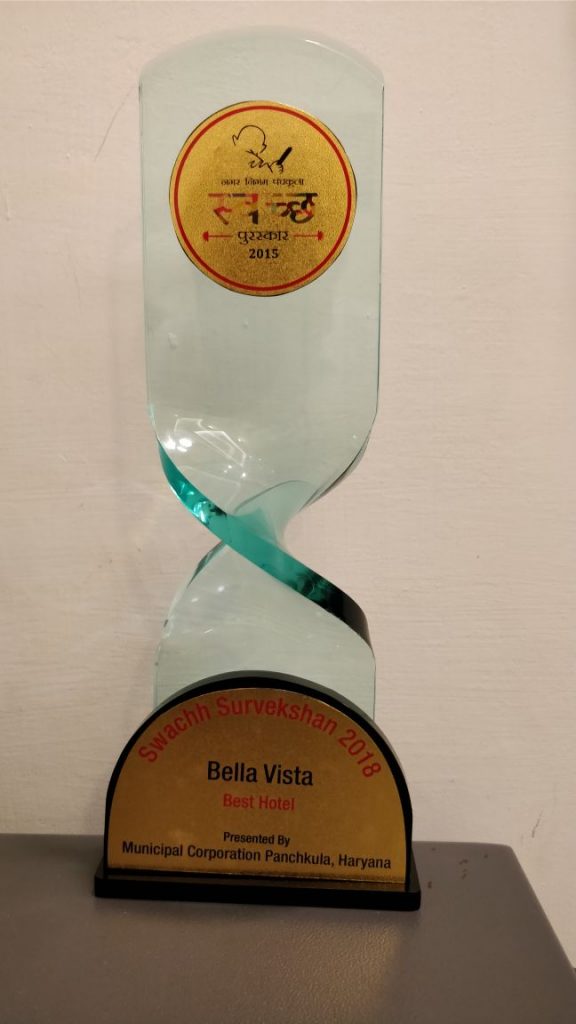 WelcomHotel Bella Vista, Sec 5, Panchkula has been declared numero-uno under Swachh Survekshan(Cleanliness Poll) 2018, conducted among Hotels in entire Panchkula District by Muncipal Corporation, Panchkula. Haryana’s Agriculture Minister, O.P Dhankar awarded the Trophy to the Hotel. The poll which focused on finding which is the cleanest Hotel in Panchkula district, had a jury that comprised of Government officials and renowned people from the city.

The main parameter on which Hotels were judged in the Swachh Survekshan was overall cleanliness standards. The Municipal Corporation found in its analysis that Welcom Hotel Bella Vista had a proper garbage room, with walk- In deepfreeze where all garbage is stored & segregated according to laid down rules. The hotel came up trumps vis a vis other Hotels for highest standards for food safety, due to its ultra modern & sparkling clean Kitchen. What’s more, an  authorized vendor for picking of garbage & scrap also helped the Hotel score better than other Hotels.