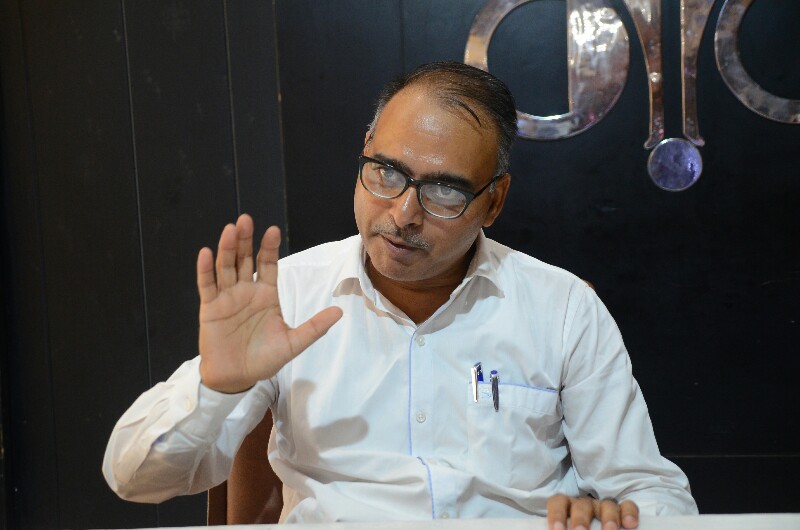 The Presidential elections should not be held till the time, the judgement for this disputed petition doesn’t come, this is the opinion of Chandigarh resident Vijay Kumar who himself thinks he is a successful candidate for the said elections.

In the press interaction with the journalists in Chandigarh Press Club, Vijay Kumar told that he is a government employee. In the year of 2012, he had displayed his wish to run for the Presidential elections because of which he had applied for the No Objection Certificate which was to be provided by the President himself. He further said that he was consistently asking for the NOC from the President as well as Election Commission but it wasn’t ever given to him due to which he did not run for the elections.

Due to financial problems, Vijay Kumar applied for legal aid from the Supreme Court’s Middle Class Authority for which he was asked to submit Rs.25000 from the Council. The amount was also returned after 6 months. Vijay told that his filed petition has been accepted for which an appropriate judgement should be given. Although, the Court instead of giving judgement provided the opinion that the way through which he is fighting the elections is a wrong one. Kumar still did not fear failure and studied the President Act by himself and then wrote letters to the President and President House where he considered himself as appropriate candidate for the elections. In the Act, there is no such clause for NOC, so Kumar demanded for an explanation from the President or should have referred to the concerned department. He enlightened the journalists that he had forwarded his petition to Pranab Mukherjee where he had filed the petition and demanded an action.