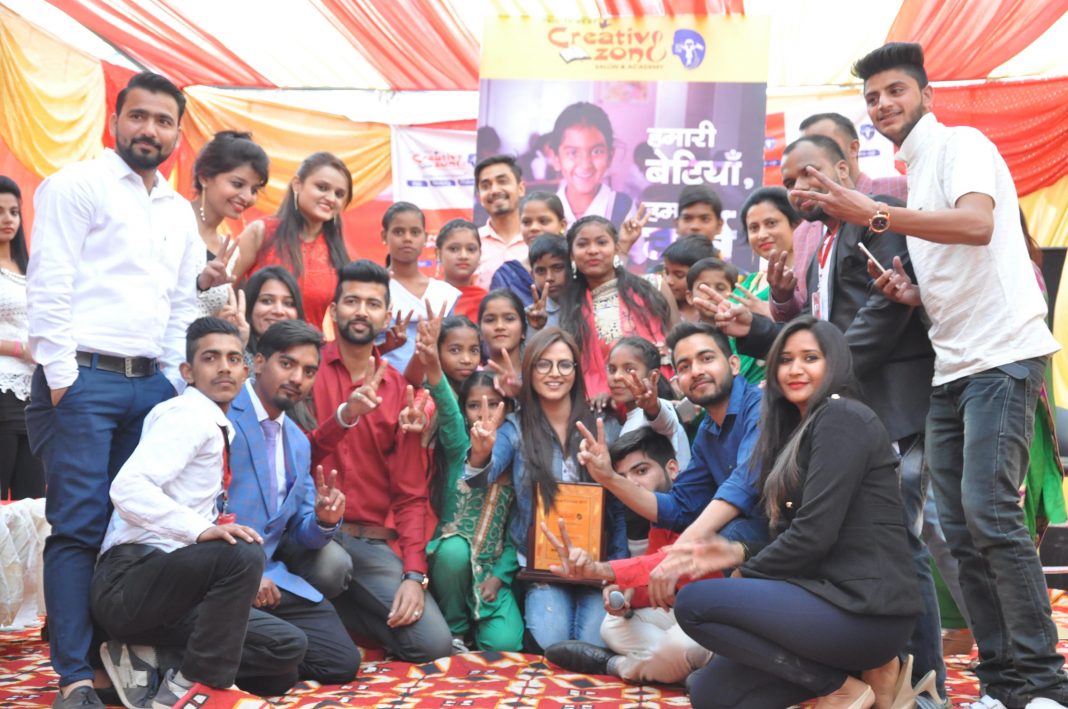 Organised to coincide with, International Women’s Day celebrations, the function witnessed saw Women Social activists being honoured as a tribute to them. Founder of NGO Savitri Sewa Foundation — Mukti Sharma & a known Social Worker was felicitated by the Academy’s management.

“Our Annual Function was themed on the girl child. The event saw an act which focused attention of all on the need to save the girl child & to empower her. We have also announced a 45-day course in Hair, Beauty & Make Up which will be free of cost. Women who want to take advantage can register for the same at 9888444647.” Said Inamul Haq, Founder & Director, Creative Zone Academy.

To make people aware about safeguarding the girl child, Rohan made a very interesting Rap song on the theme of ‘Beti Bachao’.

Ashraf Ali, the other Founder Director of the Academy said, “We at our Academy are offering latest vocational courses. The minimum qualification for these is Xth Pass. The Academy equips students with practical training in skills like Hair treatment, Skin treatment, Fantasy, Bollywood make up etc.”

Ms. Pooja Coordinator of the Academy gave a speech on the work done by the Academy. Student of the Year, Student with best Behavior in Class & Teacher of the Year awards were also given. A well known Nail Art Artiste from Mumbai Harpreet Kaur was also present.